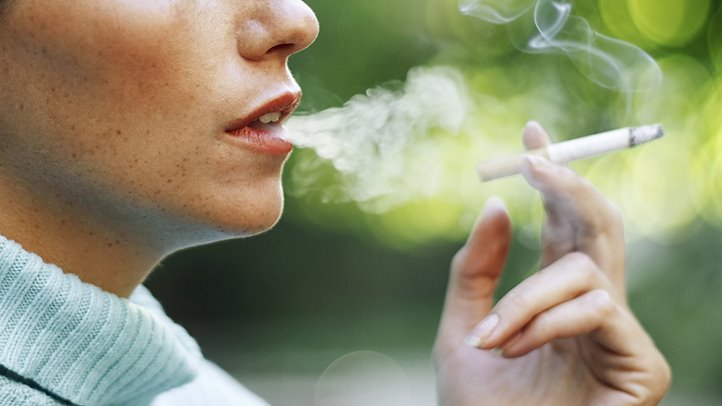 Across forty years I’ve come to recognise many factoid-driven myths about smoking that just won’t die. If I asked for a dollar each time I had to refute these statements, I’d have accumulated a small fortune.

Their persistence owes much to their being a vehicle for those who utter them to express unvoiced but clear sub-texts that reflect deeply held beliefs about women, the disadvantaged, mental illness, government health campaigns and the “natural”.

Let’s drive a stake through the heart of ten of the most common myths.

1. Women and girls smoke more than men and boys

Women have never smoked more than men. Occasionally, a survey will show one age band where it’s the other way around, but from the earliest mass uptake of smoking in the first decades of last century, men streaked out way ahead of women.

As a result, men’s tobacco-caused death rates have always been much higher than those of women. Women’s lung cancer rates, for example, seem unlikely to reach even half the peak rates that we saw among men in the 1970s.

Currently in Australia, 15% of men and 12% of women smoke daily.

But what about all the “young girls” you can see smoking, I’m always being told. In 2014, 13% of 17-year-old male high school students and 11% of females smoked. In two younger age bands, girls smoked more (by a single percentage point).

Those who keep on insisting girls smoke more are probably just letting their sexist outrage show about noticing girls’ smoking than their ignorance about the data.

In Australia, 11% of those in the highest quintile of economic advantage smoke, compared with 27.6% in the lowest quintile. More than double.

So does this mean that our quit campaigns “don’t work” on the least well-off?

If we look at the most disadvantaged group, we find that a far higher proportion take up smoking than in their more well-to-do counterparts. Only 39.5% have never smoked compared with 50.4% of the most advantaged – see table 9.2.6).

Countless studies have asked ex-smokers why they stopped and current smokers about why they are trying to stop. I have never seen such a study when there was not daylight between the first reason cited (worry about health consequences) and the second most nominated reason (usually cost).

For example, this national US study covering 13 years showed “concern for your own current or future health” was nominated by 91.6% of ex-smokers as the main reason they quit, compared with 58.7% naming expense and 55.7% being concerned about the impact of their smoking on others.

If information and warnings about the dire consequences of smoking “don’t work”, then from where do all these ex-smokers ever get these top-of-mind concerns? They don’t pop into their heads by magic. They encounter them via anti-smoking campaigns, pack warnings, news stories about research and personal experiences with dying family and friends. The scare campaigns work.

4. Roll-your-own tobacco is more ‘natural’ than factory made

People who smoke rollies often look you in the eye and tell you that factory made cigarettes are full of chemical additives, while roll-your-own tobacco is “natural” – it’s just tobacco. The reasoning here that we are supposed to understand is that it’s these chemicals that are the problem, while the tobacco, being “natural”, is somehow OK.

This myth was first turned very unceremoniously on its head when New Zealand authorities ordered the tobacco companies to provide them with data on the total weight of additives in factory made cigarettes, roll-your-own and pipe tobacco.

Roll-your-own tobacco is pickled in flavouring and humectant chemicals, the latter being used to keep the tobacco from drying out when smokers expose the tobacco to the air 20 or more times a day when they remove tobacco to roll up a cigarette.

5. Nearly all people with schizophrenia smoke

It’s true that people with mental health problems are much more likely to smoke than those without diagnosed mental health conditions. A meta-analysis of 42 studies on tobacco smoking by those with schizophrenia found an average 62% smoking prevalence (range 14%-88%). But guess which study in these 42 gets cited and quoted far more than any of the others?

If you said the one reporting 88% smoking prevalence you’d be correct. This small 1986 US study of just 277 outpatients with schizophrenia has today been cited a remarkable 1,135 times. With colleagues, I investigated this flagrant example of citation bias (where startling but atypical results stand out in literature searches and get high citations – “wow! This one’s got a high number, let’s quote that one!”).

By googling “How many schizophrenics smoke”, we showed how this percolates into the community via media reports where figures are rounded up in statements such as, “As many as 90% of schizophrenic patients smoke.”

Endlessly repeating that “90%” of those with schizophrenia smoke does these people a real disservice. We would not tolerate such inaccuracy about any other group.

6. Everyone knows the risks of smoking

Knowledge about the risks of smoking can exist at four levels:

Level 4: personally accepting that the risks inherent in levels 1–3 apply to one’s own risk of contracting such diseases.

Level 1 knowledge is very high, but as you move up the levels, knowledge and understanding greatly diminish. Very few people, for example, are likely to know that two in three long term smokers will die of a smoking caused disease, nor the average number of years that smokers lose off normal life expectancy.

7. You can reduce the health risks of smoking by just cutting down

But trying to “reverse engineer” the risk by just cutting down rather than quitting has been shown in at least four large cohort studies such as this one to confer no harm reduction.

If you want to reduce risk, quitting altogether should be your goal.

8. Air pollution is the real cause of lung cancer

Air pollution is unequivocally a major health risk. By “pollution”, those who make this argument don’t mean natural particulate matter such as pollen and soil dusts, they mean nasty industrial and vehicle pollution.

The most polluted areas of Australia are cities where pollution from industry and motor vehicle emissions are most concentrated. Remote regions of the country are the least polluted, so if we wanted to consider the relative contributions of air pollution and smoking to smoking-caused diseases, an obvious question to ask would be “does the incidence of lung cancer differ between heavily polluted cities and very unpolluted remote areas?”

Yes it does. Lung cancer incidence is highest in Australia in (wait for this …) in the least polluted very remote regions of the country, where smoking prevalence happens also to be highest.

9. Smokers should not try to quit without professional help or drugs

If you ask 100 ex-smokers how they quit, between two-thirds and three-quarters will tell you they quit unaided: on their final successful quit attempt, they did not use nicotine replacement therapy, prescribed drugs, or go to some dedicated smoking cessation clinic or experience the laying on of hands from some alternative medicine therapist. They quit unaided.

So if you ask the question: “What method is used by most successful quitters when they quit?” The answer is cold turkey.

Fine print on this English National Health Service poster states a bald-faced lie by saying that “There are some people who can go cold turkey and stop. But there aren’t many of them.” In the years before nicotine-replacement threapy and other drugs were available, many millions – including heavy smokers – quit smoking without any assistance. That’s a message that the pharmaceutical industry was rather not megaphoned.

10. Many smokers live into very old age: so it can’t be that harmful

In just the way that five out of six participants in a round of deadly Russian roulette might proclaim that putting a loaded gun to their head and pulling the trigger caused no harm, those who use this argument are just ignorant of risks and probability.

Many probably buy lottery tickets with the same deep knowing that they have a good chance of winning.