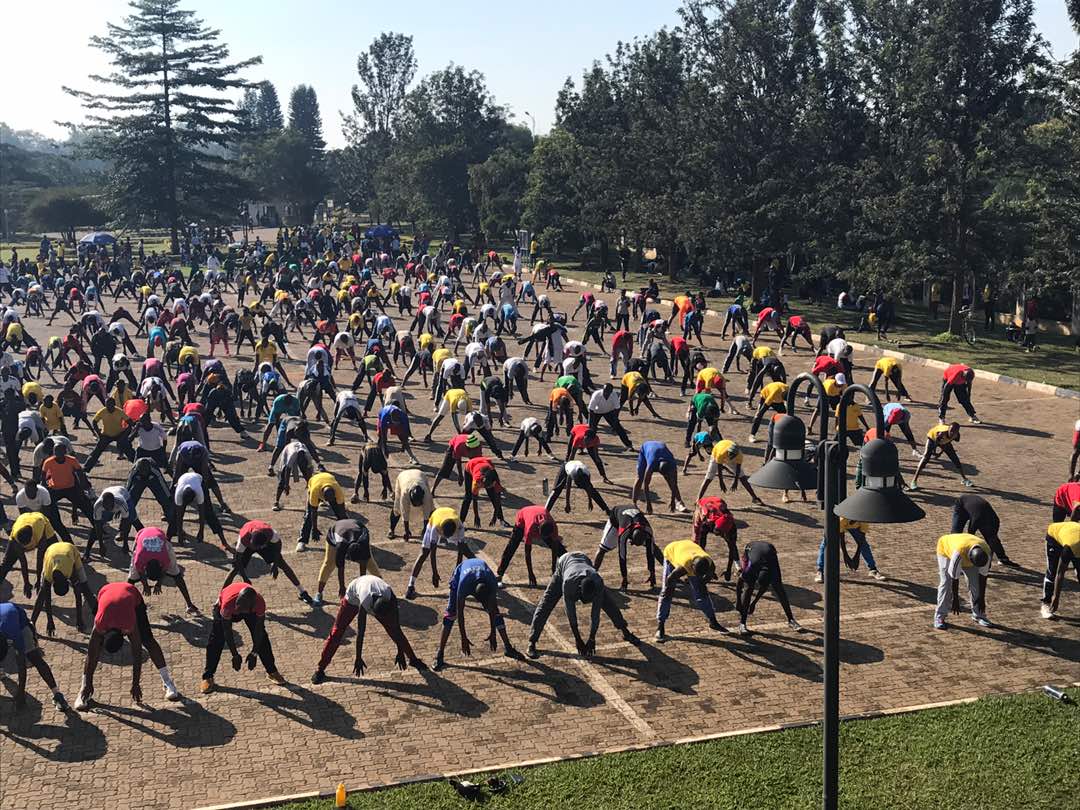 Health Check: what’s the best time of the day to exercise?

Most people are aware of the importance of being active and exercising daily. Unfortunately, due to busy schedules, most people are forced to exercise around other numerous commitments. However, the timing of exercise can have profound effects on performance.

All the functions and systems of the human body are moderated by a pattern called circadian rhythms (from Latin circa dies about a day). As the name suggests, these rhythms are a biological phenomena with a periodic oscillation of 24.2 hours on average. Examples of these rhythms include our body temperature, sleep/wake cycles, and the production of hormones. Human and animal lives are synchronized with the solar day and the cyclic alternations of light and darkness.

When the eyes are exposed to light, a signal reaches light/darkness receptors in the brain called zeitgebers (German for “time givers”). This portion of our brain, the suprachiasmatic nucleus, also often referred to as the “master biological clock”, is the head of a complex hierarchical system that controls how the rhythms of our body are synchronized.

These rhythms are also related to many aspects of exercise, although their influence on athletic performance is still a matter of debate. Some argue the performance of professional athletes might be influenced by the scheduled time of a competition. However, performance is a complex process involving many different factors and the influence of circadian rhythms on the outcomes of athletes is still uncertain.

This time preference affects all biological rhythms, including the ability to exercise and perform. In general, it seems the best athletic performance is achieved late afternoon/early evening when several exercise related rhythms reach their circadian peak. This means exercising at this time has the best results for increasing fitness, increasing lean muscle, and reducing fat tissue.

The ability to perform endurance exercise is stable across the day but it is during the evening that reaction time, joint flexibility, muscle strength and power reach their highest level. During evening hours, the rating of perceived exertion (a measure that represents how hard a person feels their body is working) is lower. This means we feel less exerted so we can work harder and get better results.

Several world records in a number of sports have been broken in the late evening. However, training too late during the evening can have detrimental effects on the sleep-wake cycle.

Evening is the best time to exercise if you want to increase fitness, build lean muscle and reduce fat tissue.
Dan Nguyen/Flickr, CC BY

Cost of exercise on sleep

Sleep is a particular circadian rhythm. The function of sleep is still not completely understood although it is known that sleep is very important for many biological functions. In particular, sleep is one of the best ways to recover after exercise.

The onset of sleep is generally associated with a decrease of body temperature and an increase in the production of a hormone called melatonin. Exercising late at night causes an increase in body temperature and reduces the production of melatonin, affecting our ability to sleep. Although certain strategies such as diet may somewhat counteract these effects on sleep.

Physical activity results in energy consumption. It is important at the end of a training session to replenish our tank with the appropriate quantity and quality of fuel. The human body is propelled by food but choosing the right diet can be difficult.

Nevertheless, there are guiding principles that have to be followed. For instance, diets should be personalised and based on individual needs and goals.

All that is lost during exercise should be replenished with a balanced meal post-exercise. In the case of a late evening training session, the quality and the time of the post-exercise meal can be crucial for the subsequent night of sleep. To enhance our sleep quality, the last meal of the day should be eaten no later than one hour before going to bed.

This last meal should be high in both carbohydrates and proteins. These two macronutrients can respectively reduce the time required to fall asleep and improve the quality of sleep. On the other hand, meals high in fat should be avoided since they appear to reduce the duration of sleep.

The timing of exercise can have a meaningful influence on the quality of training and recovery, especially for athletes. However, most people should be more concerned about the act of exercising itself than its timing.