LATEST NEWS
Home kigalihe Explainer: what is chemotherapy and how does it work? 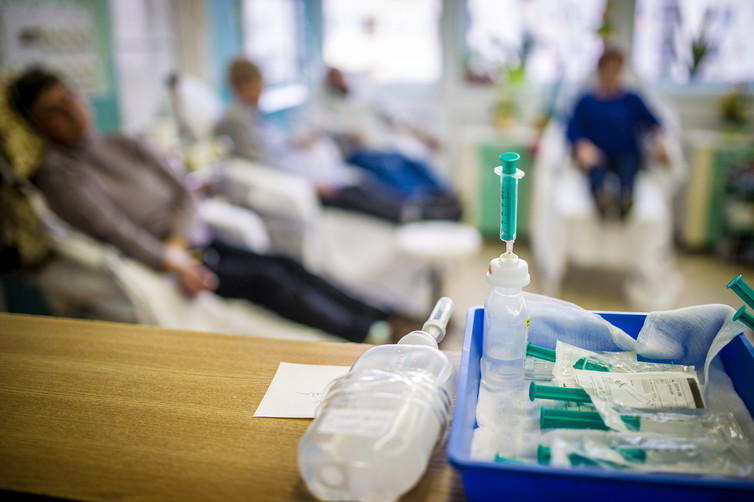 Explainer: what is chemotherapy and how does it work?

Chemotherapy is the use of drugs to treat cancer in humans and animals. It is rarely used in isolation and is often paired with surgery, radiotherapy and immunotherapy, or a combination of these.

The severe side effects associated with chemotherapy are due to the drugs’ poor selectivity for cancerous tissue over healthy tissue.

The future for chemotherapy lies in the development of safer and more targeted drugs, and in personalised medicine where chemotherapy is individually selected for each patient based on genetic profiling.

How is chemotherapy used?

In Australia the treatment of different cancers is based on specific guidelines in the EviQ database published by the New South Wales state government and the Cancer Institute of NSW. These provide guidance on what drugs should be used for each cancer type, their dose, and what other treatments should be given.

The drug dose a patient receives is usually based on their body surface area, which is a number derived from a patient’s height and weight.

Further reading – Explainer: what is cancer radiotherapy and why do we need proton beam therapy?

How does it work?

Chemotherapy drugs are grouped into families based on how they affect cancer cells. For example, some drugs attack the cell’s DNA, where its generic code is stored, and stop it being copied and reproduced by the cell. In contrast, other drugs attack a component of cells called microtubules. These act as a type of skeleton which allows cells to hold their shape and move.

A common feature of all chemotherapy drugs is that they kill cancer cells through a process called apoptosis. This is where the drug does so much damage that the cell realises it can’t repair or function properly and shuts itself down.

Where did we find the drugs?

Many people wrongly assume chemotherapy drugs are all synthetic and made in a laboratory, but many come from natural sources.

The anthracycline-based drug doxorubicin comes from a bacterium that was first found living in the soil around a 13th-century Italian castle, Castel de Monte. This drug acts by preventing DNA from being unzipped and is used to treat over 20 different types of cancer. The fluid in an IV bag that contains one of these types of drugs will be highly coloured; either red or blue.

The taxel-based drugs paclitaxel and docetaxel come from the bark of trees found only in North America. The drugs bind to microtubules and stop them coming apart, which is an essential process in cell replication. These drugs are used primarily to treat breast, lung and ovarian cancers and leukaemia.

The vinca alkaloid-based drug vinscristine comes from the flower of the perriwinkle plant, which grows on the island of Madagascar. Examples of cancers that are treated with vincristine include the mainly childhood cancers called neuroblastomas, lymphomas and leukaemia.

Even synthetic drugs have interesting origins. The nitrogen mustard drugs were developed from chemical warfare agents. The platinum-based cisplatin drug was discovered by accident when a physicist was studying the effects of electric fields on bacterial growth.

Platinum drugs are used to treat ovarian, testicular and lung cancers. These drugs work by preventing cells from replicating and reading DNA.

Why the severe side effects?

Most patients who have chemotherapy will experience severe side effects. These may include nausea and vomiting, fatigue, tingling in their arms and legs, hearing loss, hair loss, poor kidney and liver function, and an increased susceptibility to infection.

These side effects arise because the drugs are poorly selective for cancers. They attack any part of the body that grows quickly. That includes hair follicles, the lining of the mouth, stomach and intestines, and bone marrow.

Because fetuses are also fast-growing cells, chemotherapy is very dangerous for pregnant women.

Sometimes it is necessary to give patients additional drugs to treat side effects. For example, blood contains both red and white blood cells. The job of red cells is to carry oxygen whereas white cells are used to fight infections. Chemotherapy is known to cause a drop in many patients’ white blood cell levels, and so they need to be given antibiotics to ensure they don’t get an infection.

Last year, the NSW government funded and approved clinical trials to investigate the potential of medicinal cannabis for alleviating the nausea and vomiting side effects of chemotherapy.

The future of chemotherapy

Scientists are continually working to find better and safer chemotherapy drugs. As we learn more about the underlying biology of cancer, we can find targets inside cancer cells that are not found in normal cells. By designing drugs that target these differences we can create drugs that will be free from side effects.

Scientists are also working on better ways to deliver the drugs we currently use. This includes putting the drugs in nanoparticle formulations, or attaching targeting molecules to the drugs so they can tell the difference between cancerous and normal cells.

Further reading – Explainer: what is nanomedicine and how can it improve childhood cancer treatment?

Finally, over the next decade we will see significant advances in the development of personalised medicine in cancer treatment.

Currently, chemotherapy drugs are selected for patients based on the location of the cancer. But we are developing methods to select combinations of drugs that are more likely to work based on genetic profiling of the patient’s cancer cells. Such treatments are more likely to be effective and have fewer side effects.

What you need to know about HIV/AIDS today

Mariah Carey says she has bipolar disorder; a psychiatrist explains what that is