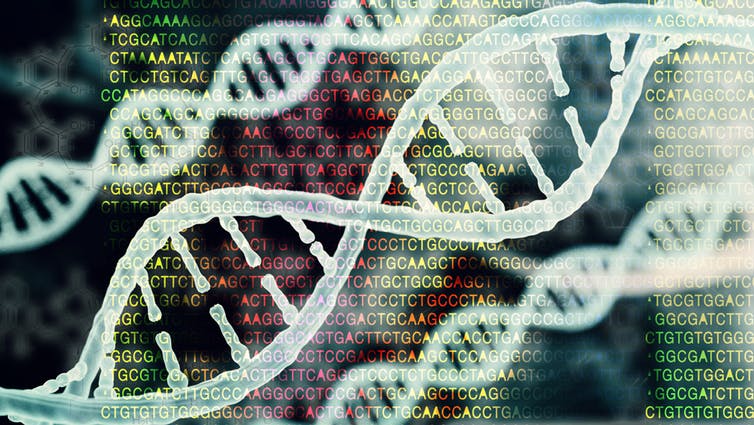 Genetic technologies are poised to change the world. Want to eradicate a human disease such as cystic fibrosis or improve a person’s ability to run impossible distances or lift unimaginable weights? This may be possible in the future by using something called CRISPR to edit an organism’s genetic makeup. How about rapidly sequencing a newborn’s genome, similar to an early scene in the 1997 movie Gattaca? Next-generation sequencing may make this fiction a reality.

As these technologies continue to increase in ability and decrease in cost, we may soon be living in an age of genomics-informed health care.

Unfortunately, the “we” in the previous sentence only applies to at best 7% of the world’s population. For everyone else technologies such as next-generation sequencing and CRISPR gene editing are more science fiction than nonfiction.

To address this gap, my colleagues and I created the MiGene Family History App. It’s an Android-based mobile application that aims to introduce medical genetics services into low and middle-income countries.

The app is used by health care providers and collects and stores patient and family histories. It generates personalised genetic counselling information that can be delivered to patients and their families. And the data can also be used for epidemiologic analysis.

The app has already been piloted in an Ethiopian hospital and has since been rolled out to a teaching hospital in Ghana.

It’s important to point out that the technology the app uses is far from what’s required to perform genome sequencing or gene editing in Ethiopia. But our work is one of the many preliminary steps needed to bring attention to the need for genetic services in low and middle-income countries.

The MiGene Family History App was designed jointly by teams at the University of Michigan and St. Paul’s Hospital Millennium Medical College in Addis Ababa. It was then programmed by xHub, a technology group in Ethiopia’s capital.

The first version of the app focuses on paediatric birth defects and genetic diseases. These include heart malformations, Down Syndrome, and neural tube defects. So we launched the app in the Paediatric and Obstetrics and Gynaecology departments at St. Paul’s. We also conducted a study about the app’s value and ease of use.

MiGene was loaded onto physicians’ and nurses’ tablets. It was then used to collect data in both departments, but with a focus on the general paediatrics ward. The staff told us they found the app easy to use. The app allowed us to provide the hospital with data on the incidence of birth defects and genetic diseases in the institution. For instance, we found that approximately 12% of all admitted patients were affected with a birth defect or genetic disease. Heart malformations and Down Syndrome were the most common conditions present.

Having this data will help to inform future decisions taken by Ethiopia’s ministry of health. For instance, it can assess the success of interventions such as the country’s folic acid supplementation efforts, which were introduced as a strategy to decrease the incidence of birth defects of the brain, spine, or spinal cord.

While our study was intentionally small in scope, if use of the MiGene Family History App is expanded to other regions within Ethiopia it will provide more representative population data.

This confirms something that geneticists have long known: genetic disease affects everyone and doesn’t discriminate. That’s why it’s so crucial that the benefits of genetic technology are not limited to only those individuals fortunate enough to have been born into a rich country.

After the success of the pilot study in Ethiopia, MiGene Family History App has been expanded to include adult-onset non-communicable diseases such as cancer, hypertension, diabetes, and cardiovascular disease. It’s still in use at St. Paul’s and is now also being used at Korle Bu Teaching Hospital in Accra, Ghana.

Our future plans include improving the genetic testing capabilities available at St. Paul’s and launching a genetic counselling training curriculum at the hospital. This focus on patient and health care provider education is vital when introducing a new medical technology, such as genetic testing, into a country or region.

what is pain and what is happening when we feel it?

Children have strokes too and doctors often miss them. New guidelines will help