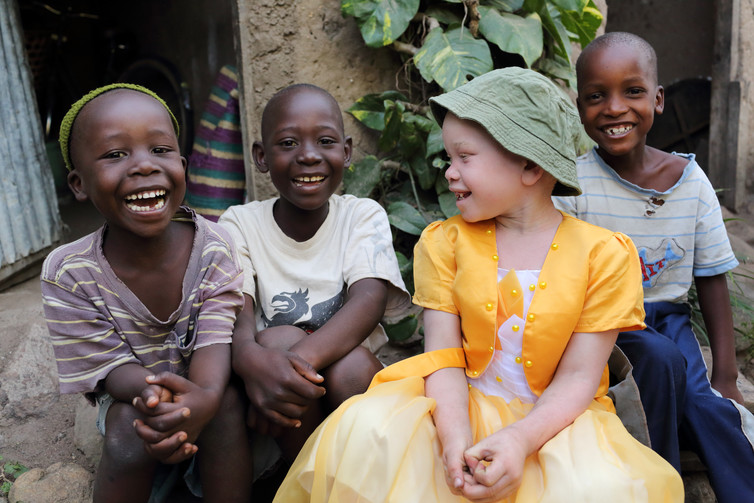 The most common and most severe type in sub-Saharan Africa is ocular albinism which gives people white hair, pink skin, low vision or blindness and a greater susceptibility to skin cancer.

People with albinism in Africa face a range of prejudices and social stigmas. They are often dismissed as belonging to another race, or as ghosts or spirits. My research confirms this.

Many are murdered for body parts, including infants and babies.

Most of the attacks have taken place in Tanzania. Murders and attempted attacks, though in smaller numbers, have also been documented in Burundi, Kenya, Swaziland, Guinea, Nigeria, South Africa, Congo, Zambia, Namibia, Ivory Coast and Burkina Faso.

My research looked at media reports published between 2008 and 2011 on albinism and albino murders in Tanzania. I published a dataset of 563 media reports in both English and Swahili from Tanzanian national newspapers.

The data showed that the Tanzanian press portrayed and explained violent attacks against persons with albinism in four ways. That they were:

Discussing the attacks as cultural practices and economic activities contributes to the spread of myths and stereotypes and shows how to make money out of violence, which makes life harder and more dangerous for people with albinism.

Media reporting on these attacks as crimes that can lead to a death sentence is important in reducing the violence. The key message should be that people with albinism are humans who have rights so the whole community should treat them well and protect them from harm.

The articles urged protection for people with albinism and advocated fighting discrimination against them by using the law to identify and prosecute their attackers. They also advocated political activism to end the discrimination.

Many of the articles attacked the myths surrounding albinism, emphasising that witchcraft cannot deliver wealth.

But not all the media coverage was helpful. Some articles contributed to the spread of the myths and rumours about albinism by irresponsibly reporting on the monetary value of various body parts.

In some cases, the language used by the media failed to fully highlight the challenges affecting people with albinism. For example, the Swahili term for persons with albinism, watu wenye ulemavu wa ngozi (people with skin-disability) was regularly used. This description fails to recognise the fact that people with albinism also need proper eye care.

What can be done?

There is an urgent need to address the violence faced by this vulnerable group. Public health awareness is an important first step. And adequate health services for skin and vision disabilities should be prioritised.

Putting out messages that counter the stigma against people living with albinism is also important, as is access to education.

But interventions must take into account their human rights. For example, putting children with albinism in camps may protect their right to life and security, but it restricts their rights to freedom of movement, and family life.