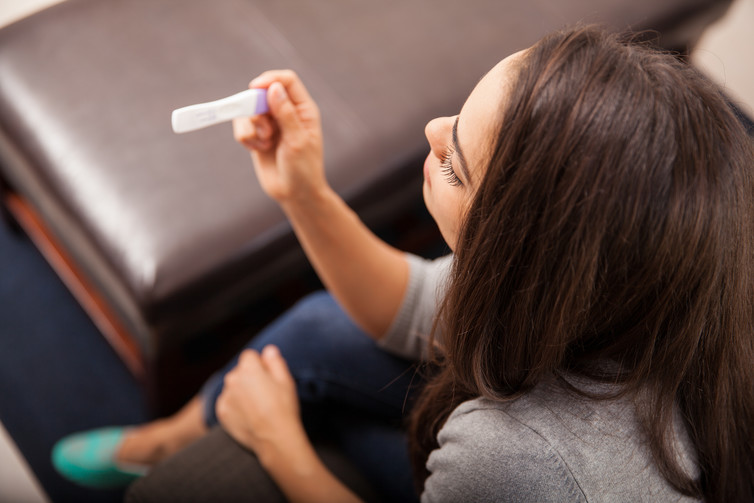 A technique that effectively “unblocks” a woman’s fallopian tubes by flushing them with liquid to help her conceive has been used for decades, with varying levels of success. Now a study has confirmed that the method significantly improves fertility, and that a certain type of fluid – one that is oil-based rather than water-based – shows strong results.

Published in The New England Journal of Medicine, our H2Oil study involved 1,119 women in 27 medical centres in The Netherlands. All women were younger than 38 and had been trying to conceive for 18 months on average.

Our results are an important gain for couples facing the diagnosis of infertility. For those without a clear cause for their infertility, it represents a potential alternative when they would otherwise have had no other course of action than to pursue invasive IVF treatment.

IVF not first port of call

When a couple embark on the journey to parenthood, eight or nine out of ten conceive without difficulty. But about 15% of couples find themselves fulfilling the medical definition of “infertility” – being unable to conceive within 12 months of unprotected intercourse.

For such couples, a breakthrough occurred in 1978, when biologist Bob Edwards and gynaecologist Patrick Steptoe assisted in the birth of Louise Brown – the first “test tube baby”, born through the assistance of in vitro fertilisation (IVF).

IVF involves fertilising the egg with the sperm in the laboratory, then reintroducing the early embryo to the uterus. The technique has since helped more than 5 million babies to be born. In 2010, Edwards received the Nobel prize for its development.

But management of infertility does not mean instant recourse to IVF. It first requires a careful medical investigation of the infertile couple. Investigations aim to ensure ovulation (release of the egg, or oocyte) has occurred, and that spermatozoa (sperm) are normally formed, capable of motion and sufficient in number.

Fertilisation occurs inside a woman’s fallopian tube. So, the doctor will check whether her fallopian tubes are open. This means there are no obstructions to the meeting of the egg and the sperm. This is called “tubal patency” and is often confirmed with imaging techniques that allow the fallopian tubes to be visualised.

The technique commonly used to visualise fallopian tubes is called a hysterosalpingogram, also referred to as an HSG. It involves the gynaecologist passing a tube through the cervix (the narrow passage between the uterus and vagina) into the uterus.

A substance that enhances the contrast of fluids and other body structures is then passed through the tube into the uterus, until it reaches the fallopian tubes. Where there is tubal patency, this substance flows freely though the tubes into the abdominal cavity, which can be visualised with X-ray.

The HSG procedure allows about 5% of infertile couples to be diagnosed with blocked tubes, which indicates that the egg and sperm can never meet. In the past, this has meant surgery to unblock the tubes. These days, couples can be referred to IVF.

Although HSG is used to check whether tubes are blocked, many women have actually conceived in the first three to six months after undergoing the procedures. This indicates that the so-called “flushing of the tubes” during the HSG process itself has a beneficial effect on fertility.

A review of studies exploring fertility success after HSG in 2015 suggested that flushing the tubes with a contrast substance that can be dissolved in oil is better in improving fertility than using a water-soluble one.

Tubal flushing has several advantages over IVF, including that the benefit persists over time, while IVF only helps for the current cycle. Tubal flushing also helps achieve an otherwise natural conception, and its costs are around A$600, a fraction of the cost of a A$10,000 IVF cycle. IVF also has a heavy impact on emotional wellbeing and sometimes causes medical complications.

In our study, 40% of women undergoing HSG with an oil-based contrast achieved a successful pregnancy within six months. That’s 40% of couples with unexplained infertility who could avoid the huge financial and emotional costs associated with undergoing IVF treatment. The only known risk of the procedure is leakage of contrast into blood circulation, but we did not see that in our study.

How does it work?

The reality is, we still don’t fully understand why HSG works. But there is clear benefit from this technique, particularly for women who don’t present with any other treatable fertility symptoms.

Further research would need to be conducted – not only into the underlying mechanism, but whether the same benefits are seen in women undergoing assessment of their tubes with flushing by saline at ultrasound, or at a surgical inspection of the abdomen (laparoscopy).

The technique of tubal flushing has been used for 100 years. We believe it is a viable investigation and treatment for infertility before couples seek IVF.

The results of the study were presented at the 13th World Congress on Endometriosis in Vancouver, Canada, on Thursday, May 18, 2017.

From decisions to disorders: how neuroscience is changing what we know about ourselves

What you need to know about HIV/AIDS today

How long does it take to get an autism diagnosis?