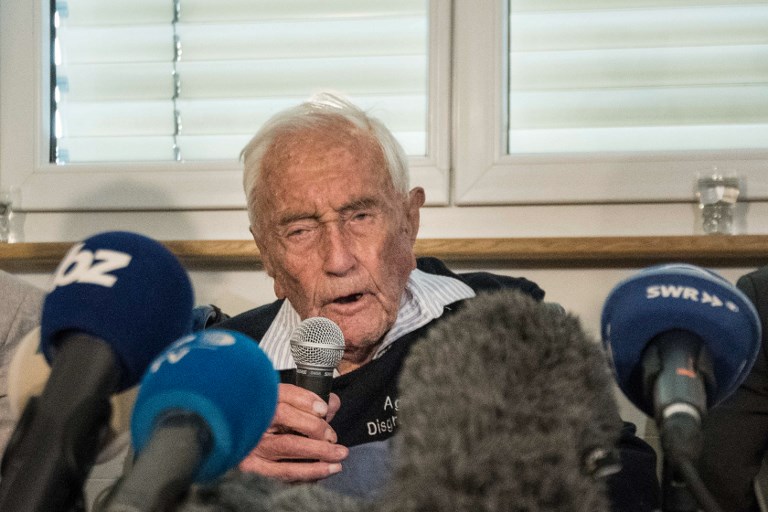 Two weeks ago, the 104-year-old Australian scientist David Goodall flew from his home in Western Australia to Switzerland to access assisted suicide with the help of lifecircle and Exit International, two right-to-die societies.

Goodall was part of a broader but marginal phenomenon sometimes referred to as “suicide tourism.” This occurs when a person travels to Switzerland in order to access an assisted death, because this is forbidden or access criteria are more restrictive in their home country.

His story made headlines all around the world and fuelled public debates. Yet the media coverage has not promoted a greater understanding of the Swiss model of assistance in dying.

However, Switzerland is not only the final destination in the journey of a person towards death. It is also the starting point of recurrent public debates in the countries of origin of those foreign nationals seeking an assisted death in Switzerland.

The fact that citizens of one country make the decision to die in another country, far from their home and family, has a powerful effect on the public. It provides convincing evidence of determination and suffering. It also shows that other possibilities for regulating assistance in dying exist.

I have been carrying out research for the last three years comparing Canada and Switzerland, more specifically the province of Québec and the canton de Vaud, Switzerland. While I look at public policies, the main focus of my preliminary findings examine the meanings and experiences of those involved in assisted dying practices.

Some people undertaking this journey are conscious of the public appeal of their decisions, as shown by the news conference held by Goodall on May 9, 2018, before his death in Basel. Some, like Goodall, participate in a movement of older right-to-die activists advocating for “old age rational suicide.” For others, suffering related to a medical condition is the main motivation.

Switzerland sometimes shows up in the national conversation on assisted dying in Canadian news stories. The most well-known occurrence was the story of Kay Carter, suffering from spinal stenosis, who died in Switzerland with the help of Dignitas, a Swiss right-to-die society.

Assisted dying was not yet legal in Canada. Following years of legal challenges in which Carter was one of the plaintiffs, her name is now attached to the Supreme Court of Canada decision that decriminalized medical assistance in dying (MAiD) in Canada in 2015.

In Québec, the 2004 documentary Manon: Le dernier droit? follows Manon Brunelle, a woman suffering from multiple sclerosis who left Canada to die with Dignitas in Switzerland. This film sparked a public conversation.

The legalisation of MAiD in Canada did not bring an end to so-called “suicide tourism” by Canadians. According to Dignitas’ statistics, 60 Canadians used its service between 1998 and 2017, including 12 in 2017.

Assisted dying as an act of citizenship

Under the radar of international controversies, other Swiss right-to-die societies have developed practices that tend to go unnoticed.

Dignitas, which is only one out of eight Swiss right-to-die societies, garners most of the attention as it is perceived as the most controversial. The founder, Ludwig Minelli, is currently being prosecuted for making a personal profit out of three assisted suicides, which is prohibited by the Swiss Criminal Code. These charges have not yet been proven in court.

In Switzerland, assisted suicide has been tolerated since 1942 provided that the person assisting has no selfish motive. Moreover, the person requesting such assistance must self-administer the lethal drug and must have decision-making capacity.

Compared to the comprehensive Canadian federal and provincial laws on MAiD, Swiss regulation and safeguards can be perceived as lacking. However, this misses the meaning of assisted suicide in Switzerland.

Unlike in Canada, assisted suicide is an act of citizenship in Switzerland, not a health-care intervention. Switzerland proposes a much less medicalized approach to assisted dying.

The Swiss model rests mostly on ethical guidelines drawn up by various health-care organizations and on the rules decided by right-to-die associations.

For example, the nonprofit EXIT association active in the French-speaking region of Switzerland has more than 26,000 members who all have a vote at the annual general meeting. To become a member, a person must pay an annual fee of US$40 (equivalent to 40 Swiss Francs), be over 20 years old and also be a Swiss resident. The association provides assistance in suicide, free of charge, to its members. Nonresidents and minors are thus inadmissible.

Besides the legal requirements, the association has its own criteria according to which volunteers can help a member die. These criteria include:

» Suffering from an incurable disease or from an important invalidity or experiencing intolerable suffering.

» Or suffering from disabling polypathologies related to old age.

A consulting physician assesses whether or not the requester meets the criteria and, if they do, she will prescribe a lethal drug that a volunteer will bring.

Volunteers are not chosen on the basis of their professional qualifications but on their skills as accompanying persons — their capacity to demonstrate compassion and understanding.

After the death, the volunteer calls the police who will investigate the case. The public prosecutor will then decide whether or not criminal charges will be brought against the persons involved.

Dignity at the end of life

In Québec, the Act respecting end-of-life care was adopted in 2014 and entered into force in 2015. Besides creating a right to palliative care and regulating continuous palliative sedation among other things, the law legalized medical aid in dying which includes only euthanasia (administration by a doctor) and not assisted suicide (self-administration). In this context, assisted suicide was ruled out as an appropriate option because it “does not reflect the values of medical support and safety.”

The federal law legalized medical assistance in dying in 2016 and includes both euthanasia and assisted suicide.

Even though the federal legislation on MAiD allows for both euthanasia (administration by a doctor or nurse practitioner) and assisted suicide (self-administration), Canadians almost exclusively favour the first option.

According to a report published in October 2017, only five persons out of 2,149 have chosen a self-administered death. Thus, Switzerland might not be a model for Canada.

On the other hand, the comparison that I have been carrying out between Canada and Switzerland shows that assistance in dying can be considered not only as a patient’s but as a person’s decision. Just as there are non-medical options to assist birth, non-medical or less medical ways to assist death could be entertained.

Besides the option of palliative care and other social programs, the Swiss model is an invitation to imagine and consider other societal responses to the challenges of suffering and dignity at the end of life.