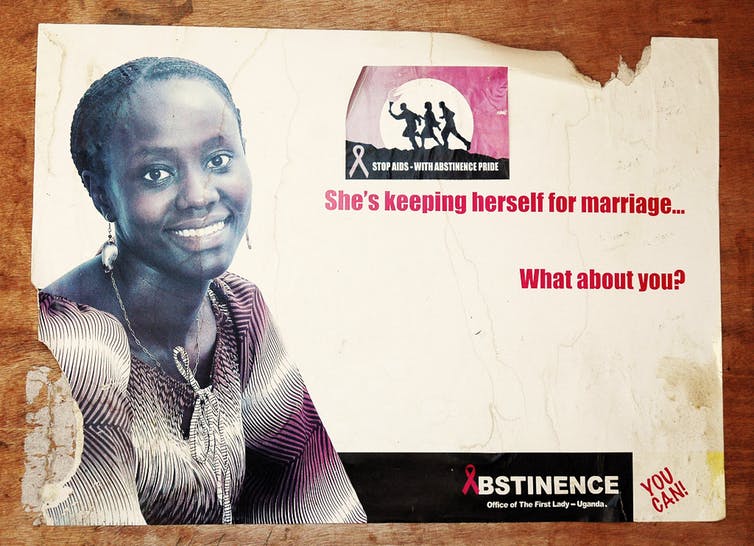 Uganda has launched its first ever guideline on sex education. The National Sexuality Education Framework 2018 aims to provide a formal, national direction for sex education within Uganda’s schools, ensuring that all programmes adhere to the same approach.

The problem is that Uganda’s society holds very traditional values. This is reflected in the country’s policies and laws, like the “anti-Gay law” which came into force in 2014 and criminalises homosexuality.

This formalises what has already been happening. Uganda has taken an abstinence-only approach in schools for a long time. The framework just makes it a matter of national policy.

But it doesn’t fit the reality. Many young people are already sexually active. We know this from the high rate of pregnancies and unsafe abortions in the country. One of the leading causes of death and disability among young Ugandan women are pregnancy-related.

To understand what policies would make more sense for the sexual and reproductive health of young people, I conducted research among students and sex education teachers in secondary schools in Kampala, Uganda’s capital, between 2008 and 2013.

My findings confirm that Uganda’s abstinence-only approach is problematic for a number of reasons. It limits students’ choices and it prevents them from trusting, accessing and using contraception. This in turn puts them at a higher risk of pregnancy, sexually transmitted infections and unsafe abortions.

Uganda has incorporated sex education into primary and secondary schools for over 15 years. It was introduced as one of the responses to the HIV/AIDS epidemic, and so focused on prevention.

The government implemented a programme called the Presidential Initiative on AIDS Strategy for Communication to Youth. This programme received a lot of international criticism for only providing the “abstinence” option to students, as opposed to one which teaches condoms and other contraception use as well.

Because of this, non-governmental organisations also started implementing comprehensive approaches to sex education in Ugandan schools. These aimed to provide positive, accurate and complete information about sexuality and to include discussions about gender, relationships and homosexuality.

When the Ugandan government realised that some of these approaches were teaching homosexuality, it decided to launch the new framework.

But my research shows that this could do more harm than good. Research from elsewhere shows that sex education programmes are more effective when they promote contraception because it allows young people who are not abstaining to have safe sex. Teenagers need complete, accurate information to protect themselves against unwanted pregnancies and sexually transmitted infections, including HIV.

My findings confirm that Uganda’s moral approach means many students either don’t use contraception or don’t use it properly. This puts them at risk of pregnancy or infection. For instance, some said that they had learned condoms can break easily and that hormonal contraception, like the pill, can make them infertile or have a baby with disabilities. Many indicated that a condom is only 99% safe and that they cannot trust that 1%.

The findings also showed that abstinence-only education does not acknowledge structural factors, like gender and power relations, which make young people feel pressured to live up to gender norms. This could mean they become vulnerable to unsafe sexual practices, such as transactional sex whereby they exchange sex in return for money, gifts or school fees.

As for the teachers, I found that their personal values – and whether they think comprehensive sex education is good for the students or not – isn’t an issue for all of them. Many felt that they were held back by the reality of the school system: certain content cannot be taught, and teachers fear they may lose their job if they deviate from the norm.

What can be done

Because the new framework means that morality, justified by culture and religion, will continue to be institutionalised in the schools’ regulations and curricula, teachers will continue with the abstinence-only approach.

This presents a challenge for those working on sex education. They will need to think, and work, outside the box to ensure that young people in countries like Uganda can enjoy their sexual and reproductive health and rights despite conservative policies.

It is possible. In 2014 Burundi adopted a national module for comprehensive sex education in schools which meets international standards. Previously, sex and sexuality was a taboo subject, and, like Uganda, contraception was frowned upon. However, reforms in the educational system created opportunities to adopt a more comprehensive approach. This was partially driven by Burundi’s “Vision 2025” which flags high population growth as a barrier to long term development. Access to family planning was perceived as one of the key strategies to curb rapid growth.