LATEST NEWS
Home kigalihe What’s happening to us when we get drunk? 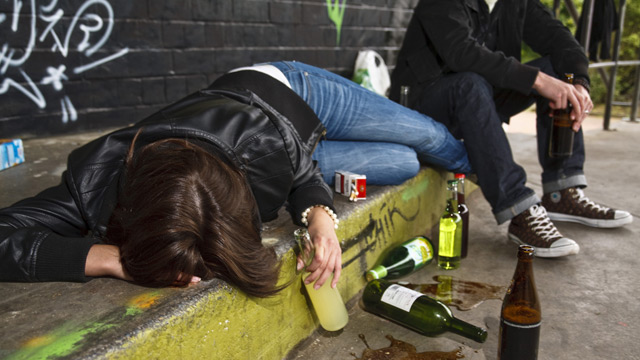 The Australian relationship with alcohol is complicated. It’s a colourful thread woven into the fabric of our society.

As a chemical, alcohol is a very simple molecule, but its effects on the brain are quite complex. And different people respond differently to alcohol in different situations.

Consumed orally, alcohol enters the bloodstream through the gastrointestinal tract. The amount that is absorbed varies from individual to individual depending on their genetic make-up and any medical conditions. It also varies depending on whether there is food in the gut, since this can reduce absorption into the bloodstream.

The size of the person and ratio between muscle and fat will also affect the rate at which the person’s blood alcohol concentration rises with consumption. Because alcohol is water-soluble, if two people weigh the same, the person with more muscle and less fat will have a lower blood alcohol concentration than somebody with more fat and less muscle after consuming the same amount of alcohol.

Once in the bloodstream, alcohol affects many of our body’s organs, but the nervous system (including the brain) is key in terms of behavioural effects. Alcohol acts as a central nervous system depressant. This means it slows down the rate at which brain cells and other nerves in the body communicate with one another.

Some people are surprised to find out alcohol is a central nervous system depressant since a low dose of alcohol can often lift one’s mood and act as a social lubricant.

The reason alcohol acts as a social lubricant is because it reduces the functioning of the limbic system of the brain. The limbic system is responsible for producing emotions that drive anxiety and fear. As such, we tend to feel a little less socially awkward after a few drinks.

In addition, alcohol reduces the functioning of the pre-frontal cortex – the part of the brain responsible for higher-order cognitive processing (including reasoning and judgement). This leads people to be less inhibited and more impulsive after they have had a few drinks.

One danger of this reduction in inhibitions and impaired judgement is that people can sometimes consume more alcohol than they had originally intended.

As the dose of alcohol increases, so does the impact on the brain. Functioning of the pre-frontal cortex becomes further impaired such that people’s behaviour becomes even more uninhibited and judgement further impaired. Consequently, our behaviours are increasingly driven by the more primitive parts of the brain. Hence the potential increase in aggression and sexual prowess.

Things we wouldn’t do sober…
Toby Bradbury/Flickr, CC BY

Alcohol also impacts on the cerebellum – the region at the back of the skull that co-ordinates muscle activity. Motor co-ordination increasingly becomes impaired as the dose of alcohol increases. Along with this comes the sensation of dizziness that can lead to nausea and vomiting.

High doses of alcohol also slow down the rate at which neurons communicate in the parts of brain that are essential for controlling our vital processes such as heart rate and breathing (the pons – part of the brainstem that directs messages to the cerebellum).

In an alcohol overdose, a person will stop breathing completely, causing death.

While the pharmacology of alcohol has a significant role in some of the subjective effects we experience from it, the influence of the environment that a person is drinking in and their pre-drinking psychological state cannot be underestimated.

In terms of setting, think about the difference between drinking at a wedding and drinking after a funeral. The pharmacology of the drug remains the same, but the setting has a major influence on the way we experience its effects.

Alcohol can exacerbate negative moods, so you should avoid drinking if you are not in a good frame of mind. The power of the mind is important here. People will begin to show minor signs of alcohol intoxication when provided with a placebo.

In studies where people are provided with a placebo they are told is alcohol, they are just as likely to want to engage in risky or sensation-seeking behaviours, feel sexually aroused and sedated. This can partly be explained by conditioning, in which the body has a learned chemical response when exposed to a stimulus.

People’s expectations about the type of beverage they drink also affects their subjective experience. You might have been told that gin makes you feel depressed, so you feel more depressed after drinking gin.

So, this Christmas, drink only if you’re feeling festive and maybe switch out the gin for some eggnog.