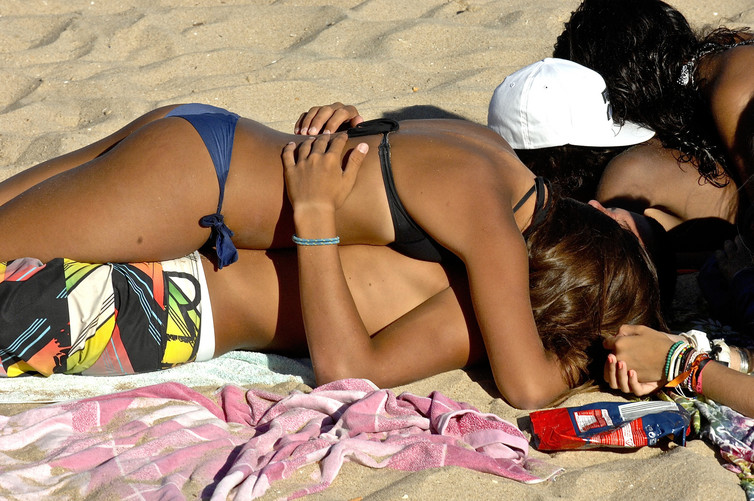 The act of penetrative sex has evolved over millions of years as a mechanism to deliver sperm to eggs and initiate pregnancy. But there’s more to sex than just the meeting of two sets of genes. The ‘What’s the point of sex?’ series examines biological, physical and social aspects of sex and gender.

Today’s piece describes physical, social and mental health benefits that are a consequence of consenting sexual relationships, or the pursuit of them.

Whether you talk about it in polite society or not, sex is central to who you are as a person. In fact, we are all here as a result of meaningful looks, snatched moments, sweaty palms, clumsy first touches, tangled limbs and orgasms.

Were sex only important for procreation, it would more than do its job from an evolutionary perspective. However, evidence suggests that at a physical and social level, sex is about much more than making babies.

Most nonhuman animals have no interest in sex outside of a reproductive context. But women have sex throughout their menstrual cycle despite being fertile for only a few days each month, and go on having sex long after menopause renders them infertile. And of course, couples who are of the same sex, using contraception or infertile are no less keen for congress than any pregnancy-focused counterparts.

Ultimately, no one knows for sure what the point of all this sex is, but its other biological effects may provide clues.

Have you ever met someone who is right for you “on paper”, but when push comes to shove their scent seems wrong, or the spark isn’t there? Our bodies can tell our minds who we don’t want to be with. Similarly, our bodies can give us strong signals about whether we want to stay close to somebody.

When we touch, kiss and have sex, our body responds with a release of hormones linked to bonding. Most important among these appear to be oxytocin and vasopressin.

Such releases are particularly marked during sexual excitement and orgasm. The release of these chemicals is thought to promote love and commitment between couples and increase the chance that they stay together.

Some research supporting this comes from studies of rodents. For example, female voles (sturdy little mouse-type creatures) have been found to bond to male voles when their copulation with them is paired with an infusion of oxytocin.

In humans, those couples who have sex less frequently are at greater risk of relationship dissolution than are friskier couples.

But oxytocin is not just good for pair bonding. It is released from the brain into the blood stream in many social situations, including breastfeeding, singing and most activities that involve being “together” pleasurably. It appears oxytocin plays a role in a lot of group oriented and socially harmonious activities, and is implicated in altruism.

Sex is a healthy activity

Sex is a form of exercise: a fun online calculator can help you calculate how much energy you burned during your last sex session.

People with poor physical or emotional health are also more likely to have sexual problems. Here causality is hard to establish – healthier people will tend to be “up” for more sex, but it is also likely that the physical workout and bonding benefits conferred by satisfying sex lead to healthier, happier lives.

It’s also possible our long, energetic and physically demanding style of sex evolved to help us appraise the health of potential long-term partners.

Sex can make us creative

Some theorists propose art forms such as literature, music and painting result from our drive to get people in bed with us.

In a society in which there’s at least some choice available in whom we mate with, competition will be fierce. Consequently, we need to display characteristics that will make us attractive to those we are attracted to.

In humans, this is thought to result in competitive and creative displays, as well as displays of humour. We certainly see evidence of the success of this tactic: musicians, for example, are stereotyped as never lacking a potential mate. Picasso’s most productive and creative periods usually coincided with the appearance of a new mistress on the scene.

Science says: go for it

What then does science tell us? Simply put, non-reproductive sex is an activity that can bring biological rewards. It can bring people together, help drive creative endeavours, and contribute to good health.