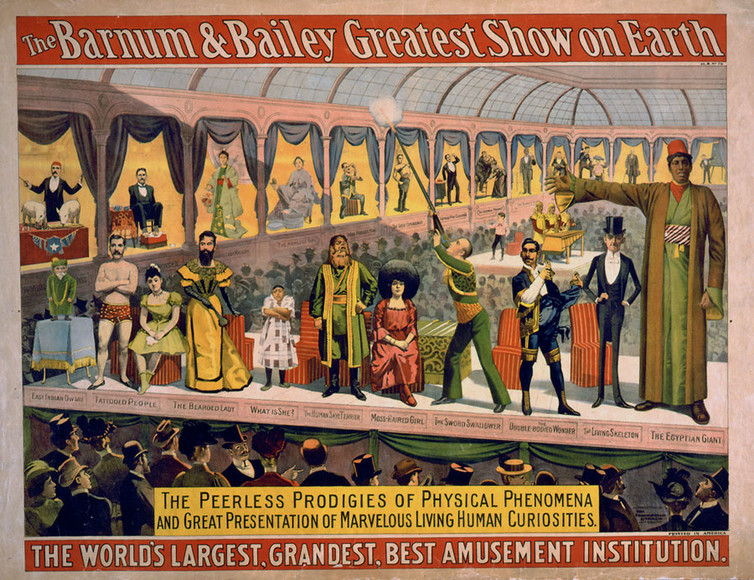 Doctors thought they were operating on a malignant tumour when they set about removing an unusual oval lump on the right side of a 40-year-old woman’s body. What they recovered instead was a perfectly normal and fully functioning extra spleen.

Most of us only have one spleen, an organ involved in immune function and blood filtering. But accessory or extra spleens are quite common, appearing in more than one in ten people.

It is not unusual for people with extra organs to be completely unaware of their existence. Often they are discovered accidentally during diagnostic scans for unrelated conditions. While many of these extra organs are rare, others are far more common than many of us believe. Some need to be surgically removed and others can be left alone.

The extra spleen, described above, is an example of what doctors call supernumeracy, when the body has an extra organ, part or structure.

Supernumeracy has long fascinated us, with many obvious and peculiar examples throughout history.

Witch hunters in the 16th and 17th centuries often identified supposed witches by their third nipple, although these extra nipples were often mistaken for moles or birthmarks.

Then there are the famous cases in the era of the Barnum and Bailey freak shows, which displayed truly extraordinary examples of supernumeracy. These included the sideshow stars Frank Lentini, the three-legged man, and Myrtle Corbin, the four-legged woman.

Their conditions were the result of being attached to partially formed parasitic twins (also known as an asymmetrical or unequal conjoined twins) that had not fully separated during development. Both went on to marry other people and have normal children.

More recently was the internationally celebrated case of the eight-limbed Indian girl Lakshmi Tatma, born in 2005, who had four arms and four legs. Some considered her to be a reincarnation of a Hindu goddess. A 72-hour operation eventually separated her from her parasitic twin.

Supernumeracy is caused by errors in how the embryo develops. While some of these conditions can be genetic, most occur spontaneously and have no known cause.

To understand how this happens it helps to think of the development of an embryo into a human as being like a finely tuned orchestra following the directions of a strict conductor.

Every player in the orchestra needs to know when to start playing and when to stop, how fast the pace should be and what instrument needs to dominate in every part of the symphony. If percussion plays too fast or strings come in too soon, it can end in a disaster.

Likewise, when the embryo develops, structures that will eventually make up a human baby need to fold, move, fuse and disappear at exactly the right time. If one structure persists too long or appears too early, it may block the way for another structure migrating to a new position. If a structure duplicates or fails to fuse with its other half, it can end up forming an extra organ.

What is most remarkable about the process of embryonic development is that in the great majority of cases we produce perfectly formed children.

In many cases of supernumeracy we don’t know what disrupted the development of the embryo, although in some cases a mother’s exposure to certain drugs or chemicals during pregnancy may be the cause.

One of the best known examples is thalidomide, a drug prescribed to pregnant women in the 1950s and 1960s to treat morning sickness but caused some 10,000 children worldwide to be born with significant birth defects.

Although absent or short limbs were among the most common birth defects reported, some babies had extra toes.

The drug was commonly taken in the first trimester of pregnancy when morning sickness is more common and when, coincidentally, the embryo develops most rapidly.

The historical cases highlighted earlier are all examples of extreme supernumeracy. But most cases of supernumeracy are so inconspicuous they are found by chance and have little impact on people’s lives.

In fact, most of the supernumerary organs we see in cadavers in the anatomy laboratory belong to body donors who were unaware of them during their lifetime.

Some supernumerary structures are very rare, including additional kidneys, penises or vaginas. Others are relatively common, including extra nipples and teeth.

Understanding these less obvious cases can be very important when diagnosing and treating patients. That’s why medical students learn about them.

One of the supernumerate structures taught in medical school is the cervical rib, an extra rib at the base of the neck above the normal rib cage, which occurs in about one in 200 people.

While not apparent without diagnostic imaging, it can compress nerves and blood vessels that pass between the neck and shoulder, leading to numbness and pain in the arms and fingers. So, every medical student is taught about this anatomical variation.

Being aware of supernumerate structures can help doctors make a correct diagnosis.
For example, about one in 2,000 of us have an extra ureter – a muscular tube that carries urine from the kidneys to the bladder, where it is stored until ready to be excreted through the urethra. While an extra ureter does not necessarily cause problems, in some people the ureter connects the kidney with the wrong structure, for example with the vagina or urethra.

This means the ureter bypasses the normal mechanism that stops urine from leaking out of the bladder. This anomaly is usually noticed in childhood, as patients who have this type of ureter often have continuous dripping of urine which needs to be surgically corrected.

Doctors also need to be aware that for patients with supernumerary organs, these organs need to be included in cancer screening.

For example, if a patient has supernumerary breasts, these breasts need to be included when screening for lumps or in mammograms.

Even the smallest supernumerary structure may alter some body functions, as it did for a 29-year-old optometry student who in a practical class accidentally discovered she had an extra opening in her eyelid known as a punctum.

The punctum helps drain away excessive tears. Usually, we only have one in each eyelid but this student had two in the same eyelid.

This explained why anaesthetic eye drops used for optometry procedures were far less effective in that eye, as the drops drained away twice as fast.

Knowing that she had a supernumerary punctum, doctors told her to press down on it to close off the opening when she needed to use eye drops.

Is it bad for your health to eat food fried in olive oil?