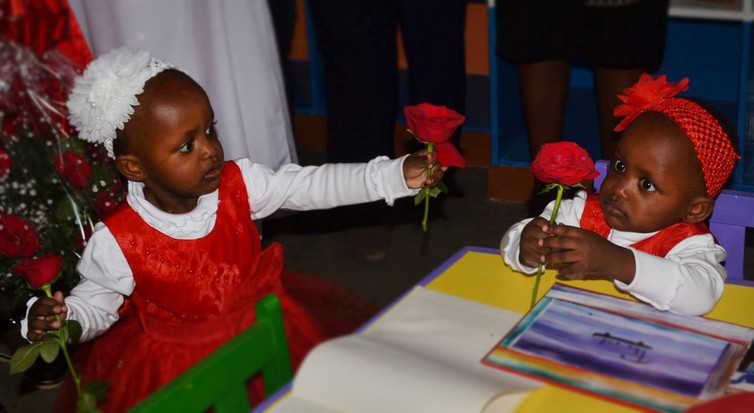 The successful separation of two year old conjoined twins at Kenyatta National Hospital marked a medical milestone in Kenya. Other than South Africa, very few successful separations have been performed in sub-Saharan Africa. In Kenya a multi-disciplinary team of medical experts operated on the twins for 23 uninterrupted hours. The Conversation Africa’s health and medicine editor Joy Wanja Muraya spoke to Dr Joseph Wanjeri about the surgery and post recovery of the twins who are home.

Can you explain conjoined twins, and its prevalence?

Conjoined twins are two babies born physically connected to each other. The extent and site of their union varies from sharing a band of skin and underlying tissues to more complex varieties sharing vital organs.

Research shows that cases of conjoined twins are found in one of every 50,000 live births globally. Kenya does not have a central repository for such cases.

Conjoined twins are the result of the embryo cells that have not completely separated. Embryo cells develop when the egg (ovum) is fertilised by sperm. They multiply and differentiate to form different body organs and tissues. An alternative theory is that two separate embryos fuse together in the early development of the twins.

The exact cause of conjoined twins is unknown but it’s thought that genetic factors interacting with environmental ones may contribute. Another possibility is the medicines taken by the mother during pregnancy.

Seperating conjoined twins can be difficult and can result in death. Complex cases can be inoperable and others may call for emergency surgery soon after birth if the life of the twins is threatened.

Separating twins that are conjoined at the lower back (sacropagus) has fewer complications and deaths. The Kenyan twins were conjoined in this way.

Expertise, careful preparation and team work is the perfect recipe for a successful outcome of the surgery.

How is diagnosis done?

Diagnosis can be done before birth using an ultrasound scan or through physical examination at birth. Advanced tests like the Computerised Tomography (CT) scans and Magnetic Resonance Imaging (MRI) give greater details.

In the case of the Kenyan twins, a set of female conjoined twins was referred to the Kenyatta National Hospital in Nairobi in September 2014 from an upcountry health facility soon after their delivery.

The twins shared a spinal cord, rectum, anus, some muscles, subcutaneous tissues and skin. Paediatric, neuro and plastic surgeons agreed that separation was feasible but it should wait until the twins were bigger to withstand the complex surgery.

Paediatricians, nurses and nutritionists took care of the twins until they were one year old when the planning for the separation began. The plastic surgery team recommended tissue expansion, a procedure to help with closure of the huge soft tissue defects anticipated after separation. But the mother refused to give her consent, and the procedure had to be stopped. She clearly adored the twins but was overwhelmed by the decisions that needed to be taken. The matter was referred to court and the judge ruled that separation was in the best interests of the children. Their mother gave consent and the preparations for surgery were resumed.

A University of Nairobi plastic surgery resident created a 3D model of the twin’s pelvis to map the surgery.

Can you explain the details of the planning and actual surgery.

A multi-disciplinary medical team made up of 50 experts drawn from various medical fields did a dry run a week before the actual operation.

When the time came for the operation in November 2016 two sets of the anaesthetic teams took about three hours to anaesthetise and stabilise the twins.

The paediatric surgeons began the separation of the various soft tissues on one side up to the spine. The neurosurgeons took over and split the spine, opened the shared dura,which is the tough outermost membrane enveloping the brain and spinal cord. They later separated the nerves before repairing the dura.

The paediatric surgeons completed their separation of the soft tissue and successfully placed the pair on separate beds for the first time. But one was left without an anus and rectum. This condition would be repaired in the recovery phase.

The closure of the huge soft tissue defects and wounds was done on each of the girls by plastic surgeons. Local flaps and skin grafts covered the wounds after which an opening from the large intestine – a colostomy – was done.

They were transferred to the intensive care unit for specialised monitoring for two weeks before transfer to the paediatric surgical ward.

The wounds took about three months to heal. One of the twins developed impaired movement of one of her ankle joints. But after occupational therapy she was able to walk with only a slight limp.

The twin’s growth and development will be monitored in the coming months and further reconstructive surgeries scheduled at the appropriate time.

Blessing and Favour were discharged from hospital on June 15, 2017.

What does this success mean for sub-Saharan Africa and what lessons can be learnt?

First, it shows that medical experts in sub-Saharan Africa are qualified and capable of performing complex surgeries in spite of the poor resources at their disposal.

But it also shows that a referral centre with a multidisciplinary team is best suited for this kind of complex surgery.

And as far as the children are concerned, it shows that intense nursing care, nutritional support, advanced wound care techniques and close monitoring by paediatric specialists has been critical to their remarkable recovery.

Lips are most exposed erogenous zone