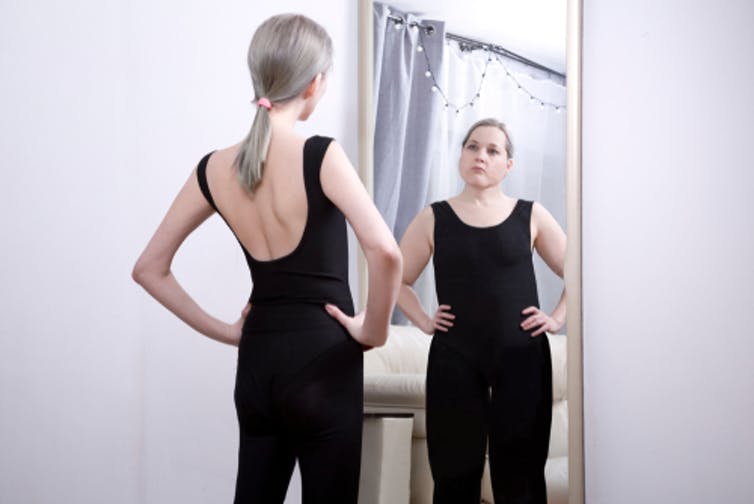 Anorexia nervosa is a psychiatric illness that primarily effects young people during their adolescence. While anorexia is relatively uncommon, affecting about 1 percent of the population, it can be lethal. Indeed, despite its relatively early onset, anorexia can last for several decades for more than half of those afflicted. It can lead to many associated psychiatric and medical risk factors, which in part explains why anorexia has the highest mortality rates of any psychiatric disorder.

Those who suffer with anorexia have a powerful fear of weight gain and a cruelly distorted self-perception. As a result, some restrict caloric consumption to fewer than 400 calories per day, which is less than a quarter of what is typically recommended for adolescents. Those with anorexia may quickly become emaciated and lose more than 25 percent of their typical body weight. This rapid weight loss causes cardiac abnormalities, structural and functional brain alterations, irreparable bone disease, and in some instances, sudden death.

The effective treatment of anorexia is therefore very important.

I have specialized in the treatment of anorexia nervosa for 10 years, and my National Institute of Mental Health-funded program of research is exclusively focused on understanding the mechanisms of anorexia nervosa, with a view to informing precise treatment approaches. Colleagues and I recently completed the largest meta-analysis ever undertaken of outcomes for existing treatments for anorexia. Our analysis revealed major flaws in the way people are currently treated for this illness.

Changing the brain, not the body

We pooled the findings from 35 randomized controlled trials between 1980-2017, which cumulatively assessed the outcomes of specialized treatments, such as cognitive behavioral therapy, in over 2,500 patients with anorexia. An important aspect of our study was that it examined outcomes according to both weight, and the core cognitive symptoms of anorexia, such as fear of weight gain and a drive for thinness. This differs from traditional assessments of whether treatments are effective, which have typically only focused on patient weight.

In addition, we found no difference in the core cognitive symptoms of anorexia between specialized versus control treatments at any one point. This means that, even if a treatment helps restore normal weight, a focus on thinness and an unease around eating is common, and a relapse into low weight is likely. Equally importantly, specialized treatments do not appear to be more tolerable to patients, with comparable rates of patient dropout to control treatments.

When we analyzed time trends within these data over the last four decades, we found that the outcomes of specialized treatment are not incrementally improving over time.

These findings are sobering. The notion that our best efforts to advance treatment outcomes over the last four decades have failed to move the needle is cause for grave concern.

However, an important outcome of this study lies in giving those of us who study and treat anorexia a better idea of how we might move the needle. We believe these findings speak to an urgent need to better understand the neurobiological mechanisms of anorexia. We can no longer assume that improvements in patient weight ought to be the terminal goal of treatment for anorexia, and will confer improvements in cognitive symptoms. While weight normalization reduces the acute risk of complex medical events, ongoing fear of weight gain and food intake will likely mean future bouts of low weight and starvation.

We have reached a plateau in the treatment of anorexia. Future research endeavors must elucidate the precise mechanisms that underpin cognitive symptoms of anorexia, and altering these mechanisms must become the goal of treatment.