LATEST NEWS
Home kigalihe Explainer: a history of the measles virus and why it’s so tenacious 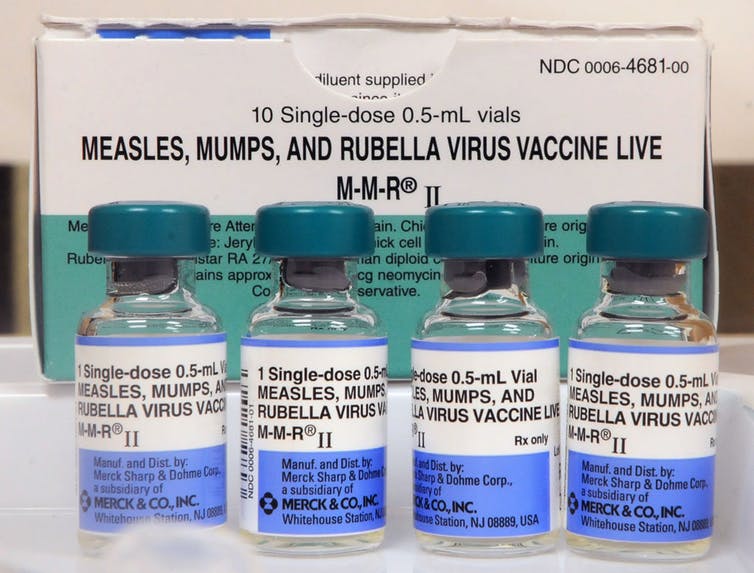 The measles virus has been a part of human life for thousands of years. A recent study suggests that it appeared about 4,000 years ago, originating from a virus affecting livestock. That was also the time when cities were reaching population sizes above 250,000 – enough to keep the virus spreading even though people who have had measles don’t ever get it again.

As recently as the mid-20th century, before the development of a vaccine, nearly every person could expect to be infected with the measles virus in their lifetime. The introduction of a vaccine in the mid-1960s has dramatically cut the incidence of measles. Fewer than seven million cases were estimated in 2017. But those improvements have not been evenly spread. The incidence of measles is concentrated in low-income countries. And the risk of death or severe complications is disproportionately high in marginalised populations with poor access to health services.

The risk of mortality due to measles infection is 5-times higher in low- compared to high-income countries and can be greater than 10% when outbreaks overwhelm health systems. There were over 1,000 measles deaths in Madagascar in 2019 and there have been over 6,000 deaths so far in an outbreak in the Democratic Republic of Congo (DRC). The long-term effects of these outbreaks on immunity to other diseases has yet to be seen, and may be substantial.

Read more: Outbreaks of measles: compounding challenges in the DRC

Measles is very easily transmitted from person to person in the droplets created when an infected person coughs or sneezes. These droplets can stay in the air for hours.

The disease often begins with a runny nose, runny eyes and a cough, followed by a rash. The virus infects cells throughout the body, but specifically kills cells of the immune system which the body uses to fight infection. This makes it harder to fight off common infections that cause pneumonia or diarrhoea. During and just after measles infection, individuals are more likely to get very ill or even die from secondary infections that would otherwise be relatively harmless.

Recent research has uncovered a new mechanism suggesting that this effect may persist for over a year. This new research suggests that measles infection not only weakens the immune system, but in some cases resets it. It can make people susceptible again to infections they were previously immune to. In rare cases, measles infection can lead to neurological complications that result in deafness or blindness.

Vaccination prior to exposure remains the single most effective way to prevent measles disease. The vaccine is a weakened virus which triggers strong immunity to the full-strength virus without causing disease. A successful vaccination against measles in childhood should provide lifetime protection. Two doses are recommended for each child to ensure at least one is successful.

The more similar the structure of the vaccine is to the virus in its natural state, the stronger the protection of the vaccine. The measles vaccine is very similar and conveys strong protection. But this similarity is the vaccine’s greatest weakness as it must be kept in a very narrow temperature regime – not too cold, not too warm – to remain effective. The supply chains to get the vaccine from production to health clinics must have very specific refrigeration equipment throughout. This has been difficult in places where electrification is limited. These communities may only receive effective vaccines during large campaigns every few years, leaving some children unprotected.

The combination of rapid transmission and strong immunity after infection means that measles disease commonly occurs in dramatic outbreaks. Even in places where measles is present year-round, there tends to be large differences between the high and low seasons. It can flare up in periods of increased contact among people, for example due to school or economic cycles. A lot of people will be infected at the same time, and then be immune. After an outbreak, there aren’t many people who are still able to get infected – until more children are born. If vaccination coverage is high enough, it can prevent transmission altogether and eliminate measles, as has been achieved in the Americas.

The impact of measles has changed dramatically over the last half century. What was once a near certain infection for all people has become a distinctly inequitable health risk. Wealthy countries can maintain high rates of vaccination and reduce the risk of exposure. Even within low-income countries where measles is both endemic and common, the risk falls disproportionately on populations that are difficult to reach with effective vaccination. They may be far from vaccination services or otherwise marginalised and unable to access vaccination. Political and military conflict frequently add to the problem.

Read more: How the DRC’s Ebola crisis has led to children dying from measles

Measles infection can be easily managed with prompt health care and symptom management. But in the absence of care, mild symptoms can turn into life-threatening secondary infections or long-term effects such as deafness and blindness.

While measles may be a faint memory in some parts of the world, the impact in the worst-affected populations is a constant reminder of the need for vigilance.