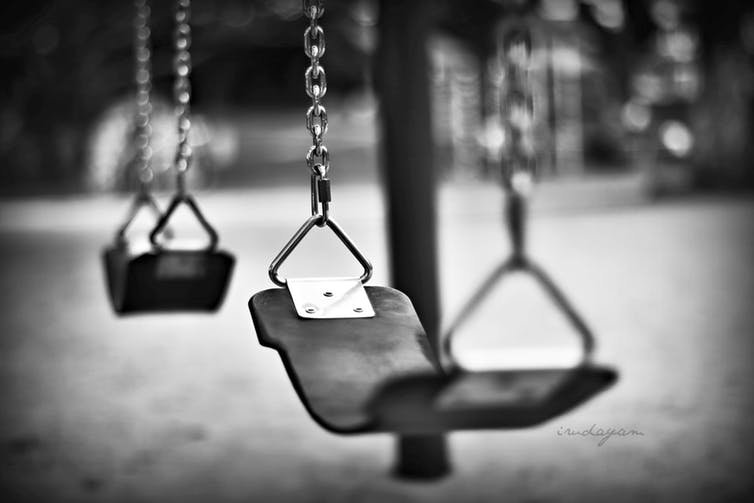 Once known as multiple personality disorder, dissociative identity disorder remains one of the most intriguing but poorly understood mental illnesses. Research and clinical experience indicate people diagnosed with the condition have been victims of sexual abuse or other forms of criminal mistreatment.

But a vocal group of academics and health professionals have claimed dissociative identity disorder, and reports of trauma associated with it, are created by therapists and the media. They say these don’t reflect genuine symptoms or accurate memories.

But research hasn’t found people with the disorder are more prone to “false memories” than others. And brain imaging studies show significant differences in brain activity between people with dissociative identity disorder and other groups, including those who have been trained to mimic the disorder.

Dissociative identity disorder has been studied by doctors and scientists for well over 100 years. In 1980, it was called multiple personality disorder in the Diagnostic and Statistical Manual of Mental Disorders (DSM), which outlines the symptoms of psychiatric conditions. Its name was changed in the 1994 edition of the DSM.

Read more: What is the DSM and how are mental disorders diagnosed?

Dissociative identity disorder comes about when a child’s psychological development is disrupted by early repetitive trauma that prevents the normal processes of consolidating a core sense of identity. Reports of childhood trauma in people with dissociative identity disorder (that have been substantiated) include burning, mutilation and exploitation. Sexual abuse is also routinely reported, alongside emotional abuse and neglect.

In response to overwhelming trauma, the child develops multiple, often conflicting, states or identities. These mirror the radical contradictions in their early attachments and social and family environments – for instance, a parent who swings unpredictably between aggression and care.

According to the DSM-5, the major characteristic of dissociative identity disorder is a disruption of identity, in which a person experiences two or more distinct personality states (or, in other cultures, experiences of so-called possession).

These states display marked differences in a person’s behaviour, recollections and opinions, and ways of engaging with the world and other people. The person frequently experiences gaps in memory or difficulties recalling events that occurred while they were in other personality states.

The manifestations of these symptoms are subtle and well concealed for most patients. However, overt symptoms tend to surface during times of stress, re-traumatisation or loss.

People with the condition typically have a number of other problems. These include depression, self-harm, anxiety, suicidal thoughts, and increased susceptibility to physical illness. They frequently have difficulties engaging in daily life, including employment and interactions with family.

This is, perhaps, unsurprising, given people with dissociative identity disorder have experienced more trauma than any other group of patients with psychiatric difficulties.

Dissociative identity disorder is a relatively common psychiatric disorder. Research in multiple countries has found it occurs in around 1% of the general population, and in up to one fifth of patients in inpatient and outpatient treatment programs.

People with dissociative identity disorder are generally unresponsive to (and may deteriorate under) standard treatment. This may include cognitive behavioural treatment, or exposure therapy for post-traumatic stress disorder.

Phase-orientated treatment has been shown to improve dissociative identity disorder. This involves stages (or phases) of treatment, from an initial focus on safety and stabilisation, through to containment and processing of trauma memories and feelings, to the final phase of integration and rehabilitation. The goal of treatment is for the person to move towards better engaging in life without debilitating symptoms.

An international study that followed 280 patients with dissociative identity disorder (or a variant of it, which is a dissociative disorder not otherwise specified) and 292 therapists over time, found this approach was associated with improvements across a number of psychological and social functioning areas. Patients and therapists reported reduction in dissociation, general distress, depression, self-harm and suicidal thoughts.

Critics have pointed to poor therapeutic practice causing dissociative symptoms as well as false memories and false allegations of abuse. Some are particularly concerned therapists are focused on recovering memories, or encouraging patients to speculate that they have been abused.

However, a contemporary survey of clinical practice among specialists of dissociative identity found those treating the disorder weren’t focused on retrieving memories at any phase of the treatment.

A recent literature analysis concluded that criticisms of dissociative identity disorder treatment are based on inaccurate assumptions about clinical practice, misunderstandings of symptoms, and an over-reliance on anecdotes and unfounded claims.

Dissociative identity disorder treatment is frequently unavailable in the public health system. This means people with the condition remain at high risk of ongoing illness, disability and re-victimisation.

The underlying cause of the disorder, which is severe trauma, has been largely overlooked, with little discussion of the prevention or early identification of extreme abuse. Future research should not only address treatment outcomes, but also focus on public policy around prevention and detection of extreme trauma.

11 Tips to Boost Your Metabolism