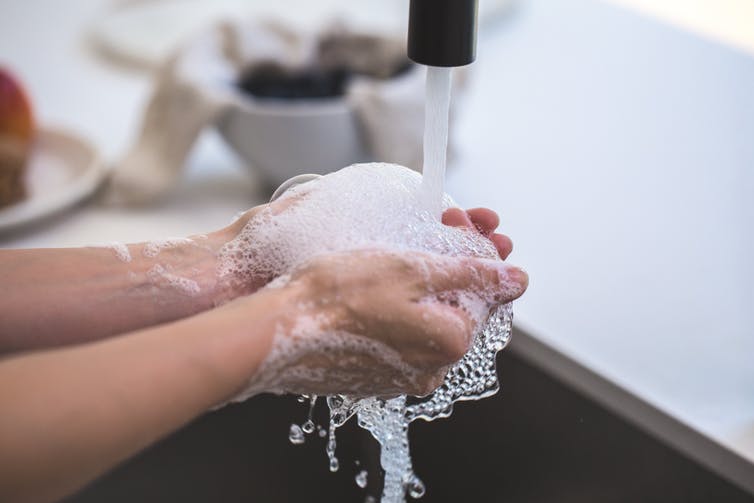 It’s something most people do everyday, often without really thinking about it, but how you wash your hands can make a real difference to your health and the well-being of those around you.

Washing your hands is the one most effective method to prevent cross-contamination which can cause the spread of illness and infections. And many research studies have shown how improvements in hand hygiene have resulted in reductions in illness.

A look at research from around the world on the promotion of washing hands with soap, found that such interventions resulted in a 30% reduction in diarrhoea episodes and respiratory illnesses such as colds. Hand hygiene interventions at elementary schools in the US similarly helped to reduce sick days associated with acute gastrointestinal illness by 31%.

The impact of good hand hygiene is even greater among people that have an increased risk of infection. A study from 2007, for example, found that patients with AIDS who washed their hands more frequently got ill less often.

But as our recent research shows, despite awareness of the importance of washing your hands, people often fail to do it properly. In our study, we observed how adults over the age of 60 prepared food in a domestic kitchen set up with CCTV cameras, and found that only 30% of people properly washed and dried their hands before preparing food.

We found that 90% of people failed to wash and dry their hands properly immediately after handling raw chicken. And that 62% failed to rub hands, palms and between fingers when washing hands. We also discovered that 47% of people in our study failed to use soap during one or more hand washing attempt.

We also swabbed the kitchen and found that those who adequately washed their hands, had significantly lower levels of microbiological contamination levels in the kitchen following food preparation sessions. Other studies have also determined that failing to wash hands adequately after handling raw poultry can transfer bacteria to domestic kitchen surfaces – such as the handles of taps and refrigerators. All of which highlights the importance of properly washing your hands.

How to wash your hands

The World Health Organisation recommends that to wash your hands effectively, it needs to be done with clean water and soap. Hands should be rubbed together for at least 20 seconds, followed by rinsing. Hands must also be dried using either disposable kitchen paper or a clean hand towel.

The use of soap is particularly important for hand washing to be effective. Indeed, research has shown that washing with soap significantly reduced the presence of bacteria on hands.

The soap doesn’t have to be antibacterial to be effective – though antibacterial soap works on reducing the number of bacteria not just removing them. And research has shown that the use of non-antibacterial soap is successful for preventing both gastrointestinal and respiratory illnesses.

You should spend 20 seconds washing and drying your hands. Here’s how to do it properly: wet your hands with clean water, use soap, rub palm to palm, rub back of hands, rub between fingers, rub fingernails, rinse your hands. Then dry them using a clean towel or kitchen paper.

Dry them properly too

Hand drying is also very important to prevent contamination from hands to food, surfaces and equipment as the transmission of bacteria is more likely to occur from wet skin than from dry skin. So the proper drying of hands after washing should be an integral part of hand hygiene.

Drying your hands properly also removes a significant number of bacteria following hand washing – drying with a towel removes pathogens by means of friction, on top of the removal of moisture. Though this means that a hand towel can become a site for cross-contamination. Indeed, in our study we found that 37% of people used the same towel for drying hands and equipment.

It is essential to wash hands on occasions when they may be contaminated such as before, during, and after preparing food – particularly after handing raw meat and poultry – after using the toilet, after blowing your nose, coughing, or sneezing and after touching an animal.

How foetal alcohol spectrum disorders could be a hidden epidemic