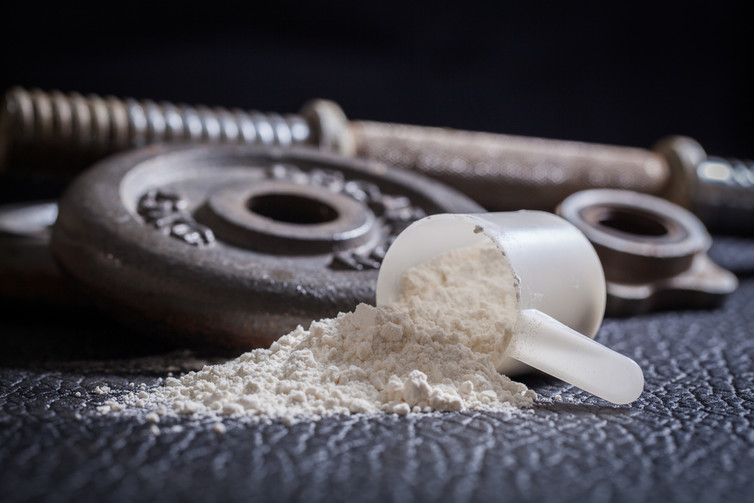 Is it safe to take exercise supplements?

An Australian woman with a genetic disorder died from consuming too many protein supplements, it was recently reported. The woman in question, Meegan Hefford, a 25-year-old bodybuilder, suffered from a rare, undiagnosed disorder that caused a fatal build-up of ammonia in her body (ammonia is produced when the body breaks down protein). This raises the question: are exercise supplements safe?

In healthy people, most commonly used supplements intended to enhance the body – often referred to in the scientific literature as “nutraceuticals” or “functional foods” – are harmless. Nonetheless, there are rare cases where underlying health conditions or excessive consumption could cause ill health.

By far the most common supplement taken by gym goers are those containing amino acids in the form of protein, protein hydrolysates (such as whey protein), or individual branched chain amino acids (BCAA), containing leucine, isoleucine and valine. People take these supplements to support muscle building on the premise that amino acids are the building blocks of muscle tissue. Aside from the rare genetic disorder suffered by Meegan Hefford, are there any dangers to consuming these protein supplements?

There are a number of other very rare genetic disorders where handling of certain amino acids is compromised. For example, maple syrup urine disease (MSUD) leads to a toxic build-up of the BCAA making their over consumption dangerous. Nonetheless, sufferers of MSUD are typically diagnosed at an early age, so this is unlikely to manifest through excessive protein intake in adulthood.

As well as genetic disorders of amino acid handling, people with kidney disease are often told to avoid high protein diets, since excess intake can strain failing kidneys. It is this that led to the premise that high protein diets and, by extension, protein supplements are “bad for the kidneys”.

But this has now largely been debunked, since athletes consuming nearly 3g per kilogram of bodyweight per day (about three-and-a-half times the recommended daily allowance of 0.8g/kg/day) and healthy adults consuming up to 1.25g/kg/day of leucine show very few negative health effects, at least in the medium term. So, apart from in extremely rare cases, taking protein supplements is generally safe.

While too numerous to mention, there are a wealth of supplements being consumed by gym goers, with the aim of enhancing muscle mass, reducing fat and increasing performance. Let’s have a look at their safety.

Both L-carnitine and creatine are naturally occurring compounds taken to improve muscle mass, performance or weight loss. (Red meat is particularly rich in these substances.) As with most supplements, these supplements have been subject to many investigations as to their safety. To date, there is minimal evidence that they are harmful to humans, despite early claims of potential liver or kidney damage, muscle cramps or electrolyte imbalances. Also, there are no known underlying diseases which could make them dangerous.

Conjugated linoleic acids (CLA) are another popular supplement. CLA is a specific type of fat that is associated with decreases in fat mass and increases in muscle mass. While generally thought to be safe, there is data from animal models and in humans suggesting their consumption can lead to unfavourable changes in the blood, namely increases in low density lipoproteins (“bad fats”). As is always the case, long-term data from controlled trials is unavailable, so there will always be an element of doubt over their safety.

But there are other considerations surrounding potentially harmful effects of supplements. A recent example of this are antioxidant supplements, such as vitamin E and reseveratrol. Indeed, while early work purported that these supplements could enhance exercise performance, it later became apparent that, if anything, they could work against the beneficial effects of exercise.

Also, rather than the nutrient supplemented being harmful itself, there may be other contaminating compounds within the supplement, unknown to the consumer, that could potentially cause harm.

We often hear news stories about failed drug tests in sport being caused by “contaminated supplements”. Whether this is true or not, there remains real and troubling evidence of contamination within dietary supplements by a number of different controlled substances. Indeed, with control over their production lacking in pharmaceutical rigour, there may be unknown dangers in supplements, particularly those purchased online. A recent case from the US highlights these dangers where a number of people suffered severe acute hepatitis and fulminant liver failure after consuming the same dietary supplement, OxyELITE Pro.

So, while there are few risks to taking supplements (or at least a lack of evidence that they are harmful), it should be remembered that some supplements could negatively affect what people are trying to achieve. Or they could be contaminated to make them appear like “wonder supplements”.

Also, the true efficacy of many emerging supplements is lacking – often being more based on theory and marketing than reproducible science. That being said, a small number of supplements do have proven beneficial effects alongside exercise and moreover many of these have translated into proven clinical benefits .

Going back to protein supplements, yes, they can enhance muscle-mass with exercise, though the effect is small, and supplements could easily be replaced by changes to diet.

My cancer is in remission – does this mean I’m cured?