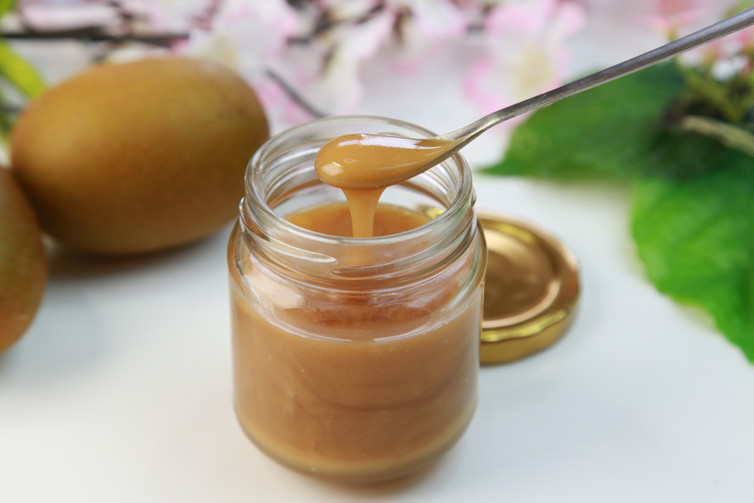 Science or snake oil: is manuka honey really a ‘superfood’ for treating colds, allergies and infections?

Manuka honey is often touted as a “superfood” that treats many ailments, including allergies, colds and flus, gingivitis, sore throats, staph infections, and numerous types of wounds.

Some of these claims are nonsense, but some have good evidence behind them.

Honey has been used therapeutically throughout history, with records of its cultural, religious and medicinal importance shown in rock paintings, carvings and sacred texts from many diverse ancient cultures.

Read more: Honey could be a potent medicine as well as a tasty treat

Honey was used to treat a wide range of ailments from eye and throat infections to gastroenteritis and respiratory ailments, but it was persistently popular as a treatment for numerous types of wounds and skin infections.

Medicinal honey largely fell from favour with the advent of modern antibiotics in the mid-20th century. Western medicine largely dismissed it as a “worthless but harmless substance”. But the emergence of superbugs (pathogens resistant to some, many or even all of our antibiotics) means alternative approaches to dealing with pathogens are being scientifically investigated.

We now understand the traditional popularity of honey as a wound dressing is almost certainly due to its antimicrobial properties. High sugar content and low pH mean honey inhibits microbial growth, but certain honeys still retain their antimicrobial activity when these are diluted to negligible levels.

Many different types of honey also produce microbe-killing levels of hydrogen peroxide when glucose oxidase (an enzyme incorporated into honey by bees) reacts with glucose and oxygen molecules in water. So, when honey is used as a wound dressing it draws moisture from the tissues, and this reacts to produce hydrogen peroxide, clearing the wound of infection.

How is manuka different to other honey?

Manuka honey is derived from the nectar of manuka (Leptospermum scoparium) trees, and it has an additional component to its potent antimicrobial activity. This unusual activity was discovered by Professor Peter Molan, in New Zealand in the 1980s, when he realised the action of manuka honey remained even after hydrogen peroxide was removed.

The cause of this activity remained elusive for many years, until two laboratories independently identified methylglyoxal (MGO) as a key active component in manuka honey in 2008. MGO is a substance that occurs naturally in many foods, plants and animal cells and it has antimicrobial activity.

Australia has more than 80 species of native Leptospermum, while New Zealand has one, but the “manuka” honeys from each country have similar properties. There is currently a great deal of debate between the two countries over the rights to use the name “manuka”, but for simplicity in this article we use the term to describe active Leptospermum honeys from either country.

The activity of manuka honey has been tested against a diverse range of microbes, particularly those that cause wound infections, and it inhibits problematic bacterial pathogens, including superbugs that are resistant to multiple antibiotics.

Crucially, there are no reported cases of bacteria developing resistance to honey, nor can manuka or other honey resistance be generated in the laboratory.

It’s important to note that the amount of MGO in different manuka honeys varies, and not all manuka honeys necessarily have high levels of antimicrobial activity.

Honey has ideal wound dressing properties, and there have been numerous studies looking at the efficacy of manuka as a wound dressing. Apart from its broad-spectrum antimicrobial activity, honey is also non-toxic to mammalian cells, helps to maintain a moist wound environment (which is beneficial for healing), has anti-inflammatory activity, reduces healing time and scarring, has a natural debriding action (which draws dead tissues, foreign bodies and dead immune cells from the wound) and also reduces wound odour. These properties account for many of the reports showing the effectiveness of honey as a wound dressing.

Read more – Use them and lose them: finding alternatives to antibiotics to preserve their usefulness

What about eating manuka honey?

Most of the manuka honey sold globally is eaten. Manuka may inhibit the bacteria that cause a sore (“strep”) throat or gingivitis, but the main components responsible for the antimicrobial activity won’t survive the digestion process.

Nonetheless, honey consumption can have other therapeutic benefits, including anti-inflammatory, anti-oxidant and prebiotic (promoting the growth of beneficial intestinal microorganisms) properties. Although, these properties are not solely linked to manuka honey and various other honeys may also work.

What doesn’t it do?

There is a commonly touted belief that eating manuka (or local) honey will help with hay fever because it contains small doses of the pollens that are causing the symptoms, and eating this in small quantities will help your immune system learn not to overreact.

But there’s no scientific evidence eating honey helps hay fever sufferers. Most of the pollen that causes hay fever comes from plants that are wind pollinated (so they don’t produce nectar and are not visited by bees).

There is some preliminary work showing honey might protect from some side effects of radiation treatment to the head and neck that warrants further investigation. But other claims honey has anti-cancer activity are yet to be substantiated.

There isn’t any robust scientific evidence that manuka lowers cholesterol, treats diabetes or improves sleep. Although one interesting study did show honey was more effective than cough medicine for reducing night time coughs of children, improving their sleep (and their parents’). Manuka honey wasn’t used specifically, but it may well be as helpful.

Claims that anything helps to “detox” are innately ridiculous. Similarly “superfood” is more about marketing than much else, and the cosmetic and anti-ageing claims about manuka are scientifically unfounded.

If consumers are buying manuka honey for general daily use as a food or tonic, there is no need to buy the more active and therefore more expensive types. But the right kind of honey is very effective as a wound dressing. So if manuka is to be used to treat wounds or skin infections, it should be active, sterile and appropriately packaged as a medicinal product.

The best way to ensure this is to check the product has a CE mark or it’s registered with the Australian Therapeutic Goods Administration (marked with an AUST L/AUST R number).

Manuka honey isn’t a panacea or a superfood. But it is grossly underutilised as a topical treatment for wounds, ulcers and burns, particularly in the face of the looming global superbug crisis.