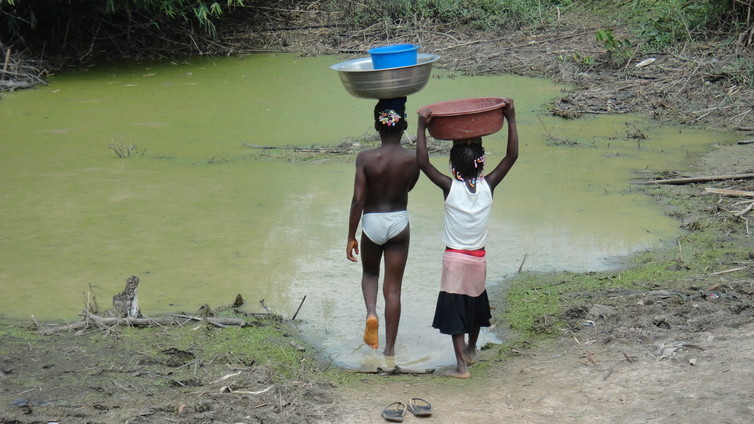 Buruli ulcer is a skin infection that kills the cells and tissue in an affected area and creates ulcers on the skin. It is caused by a bacteria and is the third most common bacterial disease after TB and leprosy.

The disease was first reported in the 19th century by British physician Sir Albert Cook. But it was only in 1998 that the World Health Organisation started to pay attention, addressing it as a neglected tropical disease.

But more than 150 years after buruli ulcer was discovered, scientists still haven’t figured out how the mycobacterium that causes the disease is transmitted. There is still no cure or vaccine. The only way to control it is to detect the infection early and treat it with antibiotics.

The disease also has social consequences. Buruli manifests as large skin ulcers. These are unsightly and people who develop them are often stigmatised. In areas where the disease is endemic on the continent there is also a belief that it is caused by “witchcraft” or “allogens” (immigrants).

A disease of the tropics

Buruli ulcer is largely endemic in the tropics and has been reported in more than 30 countries in Africa, South America and Asia, as well as in Australia. In Africa, the worst-hit countries are concentrated in the west and centre. These include Côte d’Ivoire, Ghana, Benin and Cameroon.

Of the 33 globally affected countries, 15 are found in Africa. Between 1978 and 1999, up to 22% of people living in communities where the disease was endemic were affected. In this period Côte d’Ivoire reported 15,000 new cases. But at the last World Health Organisation buruli ulcer meeting, there was a significant decline in most endemic countries.

The disease is most prevalent in impoverished rural communities. Children under the age of 15 are the worst affected but there is no gender specificity. It often starts as an itchy nodule or papule on the skin. This develops into a massive skin ulcer if left untreated.

This is followed by complications that can include muscle contractions, limbs becoming deformed and, in extreme cases, needing to be amputated, as well as organ failure. In some cases the disease is fatal. In a few cases it can lead to the development of bone infections or tetanus, or begin haemorrhaging, with patient death as a result.

The ulcers are not painful, which often leads to late diagnosis. This is largely due to the nerve cells around the lesions dying.

Identifying the transmission mode of a disease is important because it helps control and possibly stop the disease spreading. But studies have unsuccessfully tried to solve the puzzle of the buruli ulcer’s transmission.

What is known in laboratory studies is that the bacteria has to be introduced through broken skin, an injection or a deep cut with an object that carries the bacteria.

The disease occurs mainly in areas close to stagnant water and is rarely found in arid areas. As a result, research has focused on trying to find a relationship between humans and the organisms found in the aquatic environment.

Researchers have not been able to directly culture the bacteria from the environment because it grows slowly. It takes at least six months to form colonies of the bacteria in pure culture but these are often contaminated by other faster-growing bacteria.

They have taken two main approaches: detecting the bacteria’s DNA in aquatic organisms and in water in endemic regions; and looking at the genetic makeup of the bacteria.

There are challenges in mapping the baterium’s DNA in the environment. Various plants, insects, types of soil, water biofilm and waste have tested positive for the bacteria’s DNA. This led researchers to believe that the disease could be transmitted through insect vectors. But these theories have been complicated by the fact that the DNA is also found in snakes, possums, koalas and other small mammals. This makes it difficult to pinpoint one organism as the reservoir for the disease.

Trying to understand the disease through its genetic makeup is also challenging.
Research shows that the bacteria is constantly evolving, which makes it difficult to understand how to tackle it.

To solve both these challenges, researchers are using multi-disciplinary approaches to establish the bacteria’s actual environmental reservoir or host. This involves studying how the genome evolves in relation to other environmental mycobacteria that are unable to reproduce outside their host.

Diagnosis and treatment is limited

There are also no simple tools to diagnose buruli ulcer that can be used easily in rural areas where the infection exists.

Doctors still rely on century old microscope and laboratory techniques for diagnosis. Swabs or tissue are taken from the cut, fixed on slides and stained to identify the bacteria. Modern techniques used to diagnose the disease involve amplifying genes to detect the bacteria.

Until 2006 buruli ulcers were treated by cutting them out surgically. But in the past ten years antibiotic chemotherapy using anti-TB drugs has been used with remarkable success in early lesions and also in conjunction with wound healing post-surgery.

Scientists and researchers are still developing urgently needed new anti-mycobacterial drugs. They are investigating the viability of various resources, including fungal and plant-derived biologically active compounds that may stop the bacteria from growing during infection. But their efforts are hampered by the slow-growing rate of the bacteria.

Given that there is a great deal that’s not known about the disease, research is targeting vaccine development, how the disease emerges and is transmitted, early detection and diagnosis, and effective control strategies. These are the priority research areas directed by the World Health Organisation.

In addition, health education campaigns are being directed towards raising the public’s awareness about the disease and that medical treatment is preferable to traditional remedies. The World Health Organisation has produced cartoons to help children understand and accept the disease. The campaigns will go a long way to destigmatise the disease, which is still marked by the stamp of shame.

Esenam Dzifa Buatsi, a biochemist and molecular biologist at the University of Ghana was integral in the writing of this article.

Lydia Mosi, Lecturer at the Department of Biochemistry, Cell and Molecular Biology, University of Ghana

What is ”Morning after pill”?