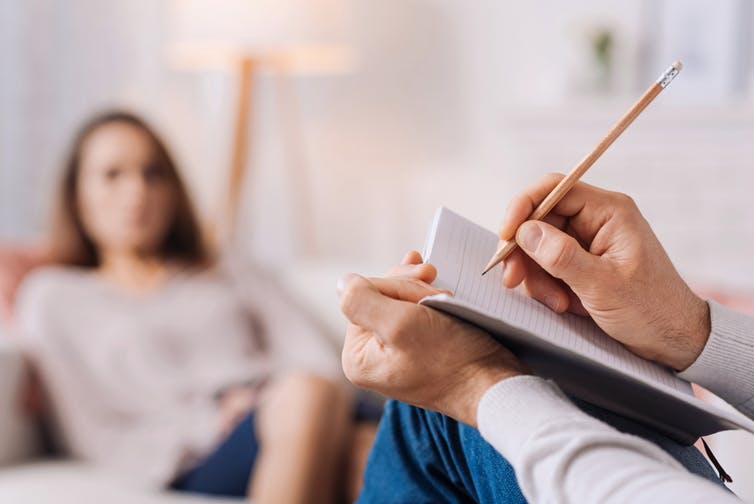 Person-centred counselling is one of the most popular treatments for mental health problems. Often just shortened to “counselling”, the approach focuses on how patients view themselves in the here and now, rather than how a therapist interprets their unconscious thoughts. And the patient takes the lead in finding solutions to their own problems. This “humanistic” form of therapy was developed by Carl Rogers in the 1940s and is now one of three main mental health treatments, alongside cognitive behavioural therapy (CBT) and psychodynamic therapy. However, despite its popularity and longevity, counselling doesn’t appear to make people better in the long term.

Mental health issues are a huge global problem. The World Health Organisation estimates that between 35% and 50% of people in developed countries suffer from anxiety or depression in any given year. And the cost of treating these conditions is enormous – about £1.6 trillion – so knowing what works and what doesn’t is critical.

In 2003, a review of clinical trials showed that counselling provides short-term, modest improvements in reducing anxiety and depression, compared with “usual care” (routine visits to a GP, CBT and antidepressant drugs), but no long-term improvements.

A more recent review, by the highly respected Cochrane organisation, investigated whether counselling was effective for mental health and “psychosocial” problems or “problems in living”. The analysis of nine trials showed that counselling was more effective than routine visits to the GP, in the short term (one to six months). In the long term (seven to 36 months), though, it was no longer as effective. Counselling also failed to have an impact on patients’ short or long-term social functioning, such as work, leisure activities and family relationships.

The authors of the review also looked at cost effectiveness. They found that counselling did not reduce overall health costs, and, in some instances, may have increased them.

The biggest randomised trial of its kind to date (755 participants) recently compared acupuncture with counselling in the treatment of depression. Consistent with previous findings, both counselling and acupuncture showed small to moderate levels of effectiveness compared with usual care, up to six months after treatment. But the effects of both treatments were no better than usual care at seven months and beyond. This finding calls into question the long-term benefits that these two treatments offer above and beyond just visiting a doctor.

The picture is the same for younger age groups. School children who received counselling for psychological distress fared better at six weeks than those on a waiting list for treatment. But at 12 weeks there was no real difference between the groups.

Back to the drawing board

Often researchers and practitioners of counselling argue that randomised control trials are too rigid and don’t truly reflect what happens in counselling practice. But a study that evaluated data from UK counselling services, found that, in a sample of 26,527 people with depression, 53% did not make any reliable and clinically significant improvement in their symptoms after receiving a course of counselling. Unfortunately, no follow up data exists on whether the minority who improved, benefited in the long term.

Based on the best evidence available, it appears that counselling is only a short-term strategy for tackling mental health issues. After nearly 80 years, only a small number of empirically robust studies exist, and findings indicate that long-term effectiveness is no better than a non-mental health based intervention, such as seeing a GP.

This brings into question the cost effectiveness of this approach. If no long-term gains are made, we end up with a revolving door syndrome where patients repeatedly relapse and have to have more rounds of treatment. Not only does this drain healthcare resources, it also diminishes patient hope.

As counselling has no impact on social functioning, such as work and family relationships, it has wider personal and economic implications for patients and services.

For any form of therapy to be effective in the long term, it must have a robust and well-supported theory on which to base its treatment. Counselling works on the premise that the therapist must provide key conditions for a patient to achieve personality change, in particular: empathy, genuineness and unconditional acceptance. Unfortunately, the theory also lacks sound evidence and benefits of some of these traits, such as empathy, have been called into question.

For counselling to help those suffering from mental health issues, its advocates will need to revisit the underlying theory. In the mean time, mental healthcare resources should be reallocated to therapies that have been proven to be effective in the long term, such as CBT.

Why do some people hurt more than others?

The skin is a very important (and our largest) organ: what does it do?