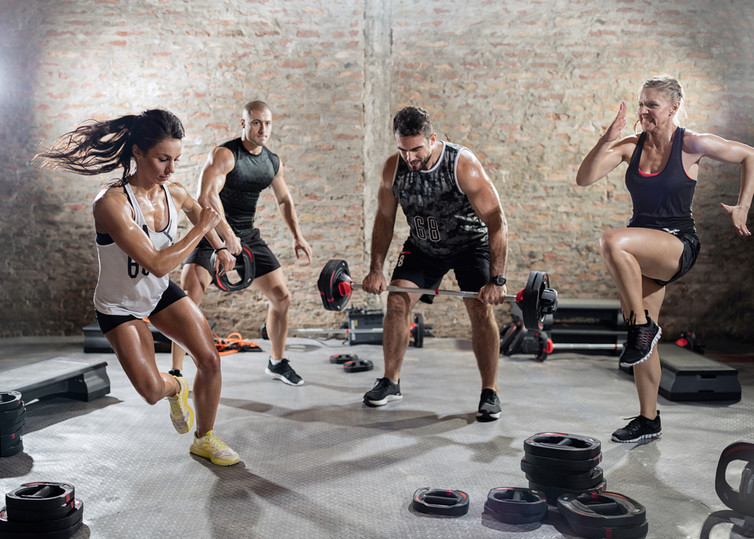 Earlier this month the 11th annual CrossFit Games took place in the US. While the event has come a long way from humble beginnings, the prizemoney and fame now attached to it have led to concerns that competitors may be doping to gain an unfair advantage.

CrossFit is a fitness regime practised by people all around the world. But the majority of those who take part in its high-intensity competitive workouts are not elite athletes: they do so on an amateur level or recreationally.

The first CrossFit Games, in 2007, had 70 registered athletes competing for US$500 in prizemoney. By 2017, it had more than 300,000 athletes competing for the possibility of winning US$275,000. Games organisers have signed multimillion-dollar sponsorship and marketing contracts, and secured a multi-year TV deal with ESPN.

The prevalence of doping among elite athletes in general is between 14% and 39%. The uncovering of recent scandals, such as the one revealed in the documentary Icarus, is further evidence that doping is widespread.

Similarly, given the growing pressure to compete, its heavy physical demands and the quest for self-improvement and a winning edge, it is not unreasonable to think that similar percentages may exist in CrossFit.

Doping is not exclusive to elite athletes

It is a misperception to think that performance-enhancing drug use is an issue in elite sport only. Most people who use these substances do so to improve their appearance, general wellbeing and/or performance (non-elite).

In the UK, steroid use among 16-to-24-year-old men increased fourfold in the last year. In Australia, the dramatic increase in steroids detected at the borders and the number of users of needle and syringe programs suggest a similar story.

As such, there are concerns that performance-enhancing drug use is quickly becoming a public health crisis.

In our soon-to-be-published UK study on CrossFit, 13% of 123 participants reported ever having used performance- or image-enhancing drugs (mainly weight-loss drugs and steroids).

Participants mainly used these substances not to enhance their sport performance but to develop body image and/or for cosmetic purposes (50%), to lose weight (41.6%) and to put on size/gain weight (25%).

Doping as a public health problem

Tackling doping has been largely left to the sporting arena. Sporting authorities mainly rely on testing and surveillance to combat doping. But the rise of doping among the general public has required governments to rethink their approach.

Some have simply applied elite sports’ testing and surveillance model to recreational athletes. For example, in Denmark and Belgium, everyday gym-goers can be subjected to drug testing. If they test positive they can receive similar sanctions to professional athletes.

Other jurisdictions have gone the criminal justice route, enacting and intensifying laws against the consumption, possession and/or trafficking of these drugs.

Queensland in Australia, for instance, reclassified steroids as a schedule-one drug in 2014. This means they are classed alongside heroin, cocaine and ice in the highest category of dangerous illicit drugs, with penalties of up to 25 years’ imprisonment for possession or supply of steroids.

From anti-doping to health promotion

The government must tackle the needs of this rapidly growing drug-using population. But simply copying failed sport policy, or taking two steps back via criminal justice measures, is the wrong approach.

Many sport researchers, including ourselves, have argued for an approach centred on public health that seeks to tackle the wider sociocultural reasons behind the rise in drug use, while seeking to reduce the harms associated with such use.

For example, it is increasingly recognised that social pressure to conform to idealised beauty standards, coupled with the growth of social media, has led to growing numbers of young people being unhappy with how they look.

A harm-reduction-based program would accept that the use of performance- and image-enhancing substances occurs. Therefore, such an approach would focus on minimising harms of use, using strategies such as peer education, prevention strategies, testing of the quality of drugs, and medical advice.

The current controls against anti-doping in sport are largely incompatible with this approach. It would require sport officials to accept doping as part of sport and to shift concerns away from the purity of sport and to the health of the athlete. We are a long way from having these sober discussions.

Thus, for now, our policy approach to this growing public health problem must learn to differentiate between the CrossFit Games athletes and the amateur/recreational CrossFitter, shifting from a punitive model largely reliant on deterrence to one centred on health promotion.

The skin is a very important (and our largest) organ: what does it do?