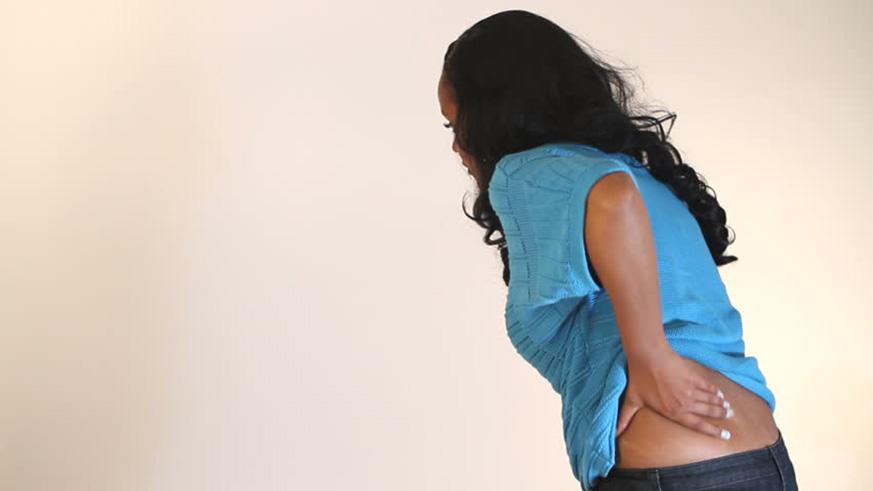 Genital Herpes is such  a distressing illness in both women and men though very severe in women, it might take you quite some time to notice whether you have it but experts say having many sexual partners could be the major cause of the infection.

“Genital herpes is a common sexually transmitted disease that is caused by the herpes simplex virus, it is estimated that at least one in five adults in the world is infected with the virus though many people have no symptoms and do not realise that they are infected,”  says Dr Kenneth Ruzindana, a gynecologist at Kibagabaga Hospital.

Ruzindana explains that the symptoms of genital herpes can vary depending on whether you are having an initial or recurrent episode, however, many people infected by the disease never experience symptoms. Initially for most people, the first herpes outbreak is the most severe and symptoms tend to be harsher in women than men. The first outbreak usually occurs within a few weeks after the infection with the virus, symptoms tend to resolve within two to three weeks.

Dr Iba Mayele, a gynecologist from Clinic Galien, Kimironko says that the appearance of blister is known as an outbreak, your first outbreak will appear as early as two days after you contracted the virus or late as 30 days after.

Multiple blisters in the genital area, for women the sites most frequently involved include the vagina, vulva, buttocks, anus, and the thighs, Ruzindana adds.

Iba says that the infected site often starts to itch or tingle, before the first appearance of blisters, the blister may become ulcerated (open sores) and ooze fluid a crust may appear over the sores within a week of the outbreak, you may also have headache and fever in general.

For symptoms of the babies born with genital herpes, Iba states that they can develop very severe complications, blindness, brain damage, and death; it is advisable to tell your doctor that you have genital herpes if you are pregnant so that the baby is delivered via cesarean rather than routine vaginal delivery.

Ruzindana enlightens that the first time a person has noticeable signs or symptoms of herpes may not be the initial episode, for example, it is possible to be infected for the first time, have few or no symptoms, and then have a recurrent outbreak with noticeable symptoms severe years later. For this reason, it is often difficult to determine when the initial infection occurred especially if a person has had more than one sexual partner, thus a current sexual partner may not be the source of the infection.

Iba adds that when symptoms and signs do appear, they may also include ulcers in the genital area, itching, and burning in the skin.

According to Mayo Clinic, if infected, you can be contagious even if you have no visible sores. There’s no cure for genital herpes, but medications can ease symptoms and reduce the risk of infecting others. Condoms also can help prevent the spread of a genital herpes infection.

“Having genital sores increases your risk of transmitting or contracting other sexually transmitted infections, like AIDS, in some cases, the sores associated with genital herpes can cause inflammation around the tube that delivers urine from your bladder to the outside world (urethra). The swelling can close the urethra for several days, which needs the insertion of a catheter to drain your bladder and also in rare cases the infection can lead to tenderness of the membranes and cerebrospinal fluid surrounding your brain and spinal cord,“Mayo Clinic.

Iba says that the diagnosis is by the visual examination of the herpes sores and confirm their diagnostic through laboratory and a group of risk is those that have many sexual partners.

He explains that the diagnosis is usually done by identifying the skin changes in the genital area but viral cultures, genetic amplification of herpes simplex virus genome material, and other tests may be done, but there are medications to make living with genital herpes more manageable. Antiviral medications are used to decrease the severity and occurrence of genital herpes.

When you develop genital herpes, you will get painful sores, fluid-filled bumps which can break open. It is painful and can cause wounds in the genitals. In order to prevent the illness, always make it a point to use a condom and if active, use antiretroviral medication like acyclovir to reduce the risk of the transmission. If the doctor notices earlier that you are infected with the disease, he can save the baby through cesarean section.  A healthy baby is every mother’s happiness.

There are two types of viruses that cause genital herpes that is to say, Herpes simplex viruses HSV-1,which causes sores around the mouth, it can be spread through kissing, while HSV-2, the infected person could have sores around the genitals or rectum. High sexual activity, poor hygiene, wearing tight clothes, heavy menstrual flow, heat, and poor diet can also be a cause of the infection. Prevention is through feeding on a balanced diet; reduce on stress, lower the sexual activity and visit the doctor before its too late.

Oral herpes can spread to the genitals and vice versa. In order to prevent genital herpes, abstain from sex especially when you notice that your partner has got the virus. We do not recommend any medications for prevention at this time, but for treatment, herpes respond well to valciclovir that directly inhibit the virus.