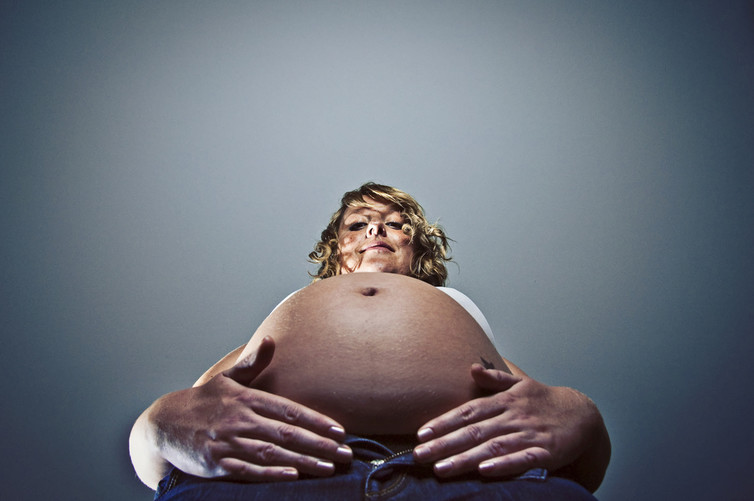 As soon as women announce “I’m having a baby!”, the congratulations are quickly followed by long lists of dos and don’ts about food. Try ginger for morning sickness. Avoid soft cheese because of listeria. Eat more meat to boost your iron. Eat this fish – but not that one, because of mercury.

Pregnant women are understandably confused. So, how do you strike the balance between nutrition and safety, when so many things are off the menu?

During pregnancy, women need to consume a variety of different foods and need more of the main pregnancy nutrients: protein, folate, calcium, iron, zinc, iodine, and fibre. Here’s a quick guide to the best sources.

Fibre: wholemeal and wholegrain breads and high fibre cereals, oats, vegetables and fruit with the skin on.

We have recently shown that a moderate intake of protein (18-20% of a total energy intake) allows pregnant women to eat the best range of foods across all the healthy core groups in the Australian Guide to Healthy Eating, while optimising vitamin and mineral intakes.

Interestingly, the protein to carbohydrate ratio was related to the amount of muscle and fat tissue in the developing baby. While more research is needed, it may contribute to the risk of developing diabetes in the future.

The Australian dietary guidelines advise pregnant women to consume the following number of servings from the five core food groups each day.

Vegetables and legumes/beans: five servings. One serve = 75g or 100-350kJ, for example, half a cup cooked green or orange vegetables, one cup of raw salad vegetables, half a medium potato, one tomato.

Grain (cereal) foods, mostly wholegrain or high-fibre varieties: eight-and-a-half servings. One serve = 500kJ, for example, one slice of bread, half a cup of cooked rice, pasta or porridge, one-quarter of a cup muesli, three crispbreads.

Nausea and vomiting affects about three in four pregnancies. While the data on fetal risks associated with drug treatment are controversial, non-drug approaches are a good place to start.

Limit exposure to food odours by having foods that do not smell as much during cooking or by reducing cooking time, with stir-frys or a BBQ cooked outdoors.

Nausea can be worse in the presence of hunger, so avoid an empty stomach by having small, frequent meals and snacks comprised of foods that you can tolerate and don’t have much smell, such as fruit or nuts, or raisin bread or sandwiches, or yoghurt. Very cold drinks can help with the nausea and prevent dehydration.

You could try ginger as a ginger tablet, cold ginger beer or ginger cordial. While only some evidence supports the use of ginger and/or vitamin B6 supplements to relieve nausea of pregnancy, they’re unlikely to cause harm.

Fish and seafood are important sources of protein and minerals. They are low in saturated fat and are a major source of omega-3 fatty acids.

During pregnancy, omega-3s play an important role in the baby’s developing central nervous system, the brain and retina in eyes. Research shows that maternal omega-3 fatty acid consumption during pregnancy reduces the risk of preterm birth, and increases the length of gestation and therefore birth weight.*

Deficiency of omega-3s is associated with irreversible visual and behaviours deficits in children, as well as an increased risk of depression, pre-eclampsia and pregnancy hypertension in the mother.

Population surveys in the United Kingdom and United States show that pregnant women don’t eat enough fish and therefore omega-3s, partly due to fears about adverse effects of mercury and other toxins (such as polychlorinated biphenyls).

Due to changes in the immune system during pregnancy, women are more susceptible to food poisoning. But by avoiding all foods that carry a risk for harbouring listeria, women are consuming fewer nutrients.

You don’t have to go without. For every item on the “no” list, there are a number of alternatives:

Avoid pre-packaged cold meats. This includes deli meats and sandwich bars. Instead, choose freshly cooked seafood one to two times per week and/or canned fish up to four times a week. Choose home-cooked meat instead and make it into homemade sandwiches.

Avoid salads (fruit and vegetables) that are pre-prepared or pre-packaged or from salad bars or smorgasbords. Instead, choose freshly prepared homemade salads (with leafy greens or other salad vegetables), fresh fruit, or canned or frozen fruits and vegetables.

Avoid soft, semi-soft and surface-ripened cheeses such as brie, Camembert, ricotta, feta and blue cheese. Instead, choose hard cheeses such as Cheddar or tasty, processed cheese, cheese spreads, or plain cottage cheese if packaged by the manufacturer.

Listeria can live in lower temperatures, so take extra care with foods served cold, and avoid buffets and smorgasbords altogether. Cooking, however, kills listeria but the food needs to be heated until steam rises. And remember to always wash your hands before handling food or starting to prepare foods.

Up to 40% of pregnant women develop constipation. This is caused by rising levels of progesterone and oestrogen, and the relaxation of muscles of the bowel. Low fluid and fibre intakes can also play a role.

Mild constipation can be self-treated by increasing high-fibre foods, including soluble (oats, lentils, dried peas and beans, psyllium) and insoluble (wholemeal and wholegrain breads and cereals, wheat bran, vegetables and fruit) fibres. To counter constipation in pregnancy aim for 25 to 28 grams of fibre per day, drink plenty of water (1.5 to two litres per day) and exercise regularly.

Some oral iron supplements can cause constipation. If medication is required, only use what your doctor prescribes as not all laxatives are safe during pregnancy.

Women planning or in early pregnancy are likely to need a folic acid supplement to reduce the risk of the baby having a neural-tube defect, and iodine for the developing brain and nervous system.

Multivitamin supplements may be recommended when there is a fairly high chance of not meeting nutrient needs from food. This is more likely for pregnant adolescents, vegetarians, those on pre-existing special diets, individuals with drug, tobacco and alcohol addictions, or obese pregnant women on medically restricted diets to limit weight gain.

Pregnancy is an important time to focus on what you eat. The food-based recommendations in the Australian Dietary Guidelines will help you enjoy a variety of foods while getting the best mix of nutrients important at this time.

* This article originally said omega-3 fatty acid consumption during pregnancy was associated with increased birth weight and improve brain development in the child. This has been updated to better reflect the evidence.

Your kidneys and how they work