LATEST NEWS
Home Drugs No, you don’t have to finish all your antibiotics 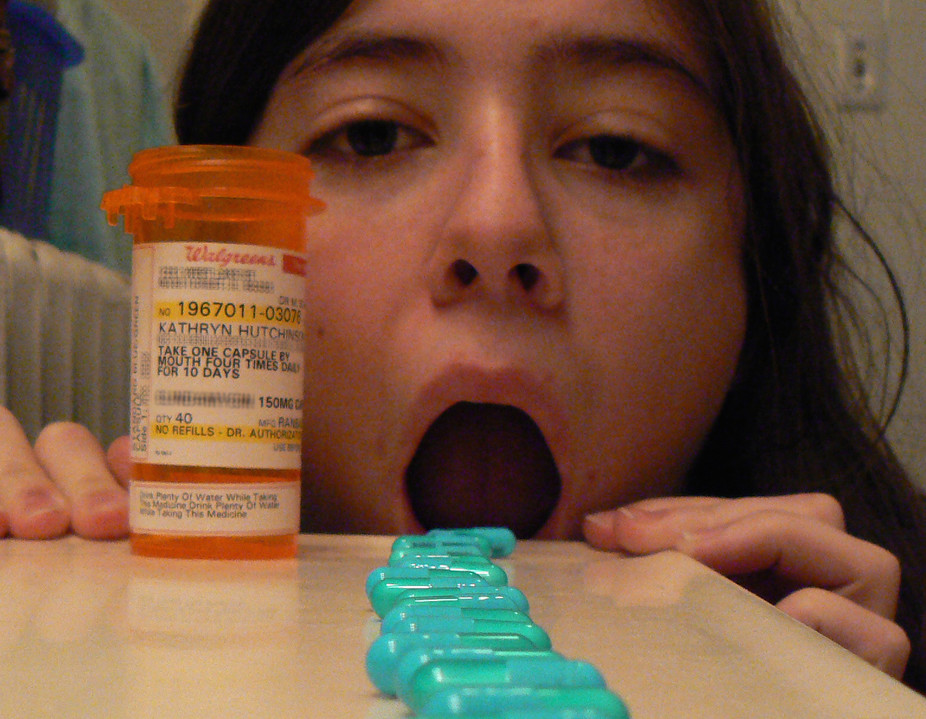 No, you don’t have to finish all your antibiotics

Most people believe – and have been told by health professionals – that it’s essential to finish a course of antibiotics to prevent antibiotic resistance. But this advice is not only wrong, it could actually be harmful.

The idea that you have to take all the antibiotics you’re prescribed is based on the assumption that all the bacteria causing the infection have to be killed, so the surviving minority don’t become resistant. In fact, for most otherwise healthy people, significantly reducing, but not necessarily totally eliminating, the bacteria causing the infection allows the body’s natural defences to take over and mop up the remaining few.

There are some special circumstances when it’s important to kill all the bacteria – when the patient’s normal defences are damaged for any reason, for instance, or when the infection is in a site that’s relatively inaccessible to antibiotics and the white blood cells that kill bacteria. This can be in the middle of an abscess or cavity filled with pus (as in tuberculosis infection), on a foreign body, such as a prosthetic heart valve, or in dead tissue that can’t be removed (as in osteomyelitis or infection of the bone).

Obviously, stopping antibiotics before a serious infection is cured will risk a relapse. That’s what happened to Albert Alexander, the London policeman who was one of the first people to be treated with penicillin by Howard Florey in 1941.

Alexander had a terrible infection that started with a scratch on his face. He developed abscesses all over his head and had already had an eye removed, but he was dying.

Within 24 hours of being given a small dose of penicillin, his fever fell, his appetite returned and the abscesses started to heal. But when the penicillin supply ran out after five days, the infection flared up again. Alexander died four weeks later.

We now know that severe staphylococcal infection with multiple abscesses, which is what Alexander had, is a type of infection that needs antibiotic treatment for weeks to prevent relapse. But there’s a lot we still don’t know about the best way to treat some types of infection. It has recently become clear that some of the conventions around antibiotic prescribing are neither based on evidence nor harmless.

Antibiotics are generally benign but they all cause allergies and other rare side effects in a small proportion of people. And there’s a universal effect that’s less well known – even a very short course will kill many of the friendly bacteria in the gut.

The effect lasts for weeks, and the longer the antibiotic course, the greater the risk that antibiotic-resistant bacteria will take their place and cause harm. What’s more, they can spread to other people and add to the pool of antibiotic resistance in the community.

They can do worse damage too. Antibiotic-resistant bacteria include Clostridium difficile, which can be carried harmlessly in the bowel until a course of antibiotics kills off its competition. This allows it to multiply and produce toxins, potentially causing life-threatening diarrhoea.

This, in turn, increases the risk of the bug spreading to other people, especially in hospitals and nursing homes where serious outbreaks often occur. Again, the longer the antibiotic course, the greater the risk of antibiotic-associated diarrhoea.

The rate of antibiotic resistance (in a community, a hospital or a whole country) is proportional to the total amount of antibiotics used. The relationship is complex but the dangerous increase in multidrug-resistant bacteria has led some experts to predict the “end of the antibiotic era”. This is the downside of 75 years of antibiotic therapy.

Antibiotics have saved countless millions of lives, but have been often misused because of the misguided belief that they are harmless.

The most important – but hardly novel – message for doctors is “don’t prescribe antibiotics unnecessarily, especially for colds and flu, which are nearly always viral”. Antibiotics simply don’t work in acute upper respiratory infections. We all know from experience that a cough will often last for around ten days and there’s not a lot we can do to change that.

The problem is that it’s not always obvious whether some illnesses are due to infection and whether they are bacterial – and so might need treatment – or viral. Tests might help, but the patient would have to wait for results. So the decision to treat is usually based on clinical judgement – often influenced by the patient’s anxiety and the doctor’s (in)tolerance of risk.

The challenge for doctors and patients is to weigh the risks and benefits of treatment. Unless there are compelling reasons to start immediately, we should wait for test results or to see how symptoms develop. Equally importantly, we should stop the treatment immediately if, in hindsight, the diagnosis was wrong or symptoms disappear quickly.

Some serious bacterial infections, of course, need urgent and quite prolonged treatment. How long depends on the type of infection, how serious it is, the patient’s underlying condition and response to treatment.

But recommended antibiotic courses are often arbitrary; they may reflect long-standing convention or be based on a manufacturer’s decision during an initial drug trial. Recent clinical trials show that even for some serious infections, shorter antibiotic courses can be as effective as conventional, longer ones.

The general rule is: the shorter the course, the lower the risk of side effects or resistance. More trials are needed to determine the shortest courses that can be recommended without increasing the risk of relapse. But ultimately, it will still depend on clinical judgement not arbitrary rules, conventions or package inserts.