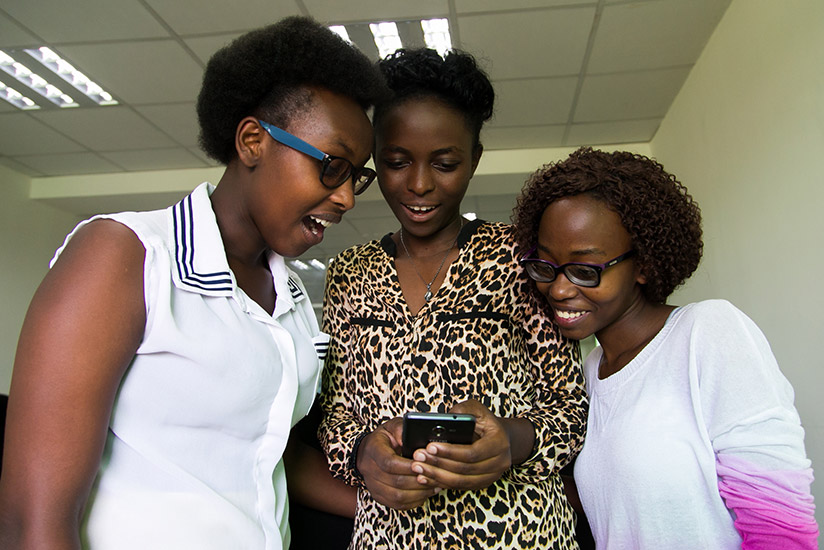 University of Rwanda’s College of Medicine and Health Sciences students have come up with an app called ‘Tantine App’, which will provide reproductive health education to young refugees and teens across the country.

The application which can be downloaded from Play Store was developed by Uhirwa Sylvie and Sylvain Hirwa Muzungu who are siblings. The duo is in their 5th year, pursuing Medicine.

The move also provides mentorship for young people especially girls with concerns about reproductive health using internet. It targets teens aged between 10 and 24. However, the developers added that other people who are above that age could benefit from the initiative especially pregnant women.

The app gives pregnant women chances to predict when they will deliver. It further gives useful pregnancy tips and info.

Uhirwa said that the android application is an opportunity for adolescents in refugee camps and outside as they will have a chance to interact, ask and get counseling from trained educators.

How the idea was conceived?

“My brother and I came up with an idea in 2015 when we were in year two. The initiative came as a result of trainings we had attended on sexual and reproductive health,” Uhirwa explained.

After a tour in Mahama refugees Camp, the young innovators realised that there was a need of more efforts to educate teens on reproductive health due to the experience they had gotten from the camp among adolescents.

“Besides our own experience, we also relied on the studies conducted on reproductive health among teens where unwanted pregnancies and HIV/AIDS were the issues of concern, she added.

“Most teens don’t have adequate knowledge on reproductive health. Therefore, we asked ourselves what we should do as students in health sector to help them,” Uhirwa said. 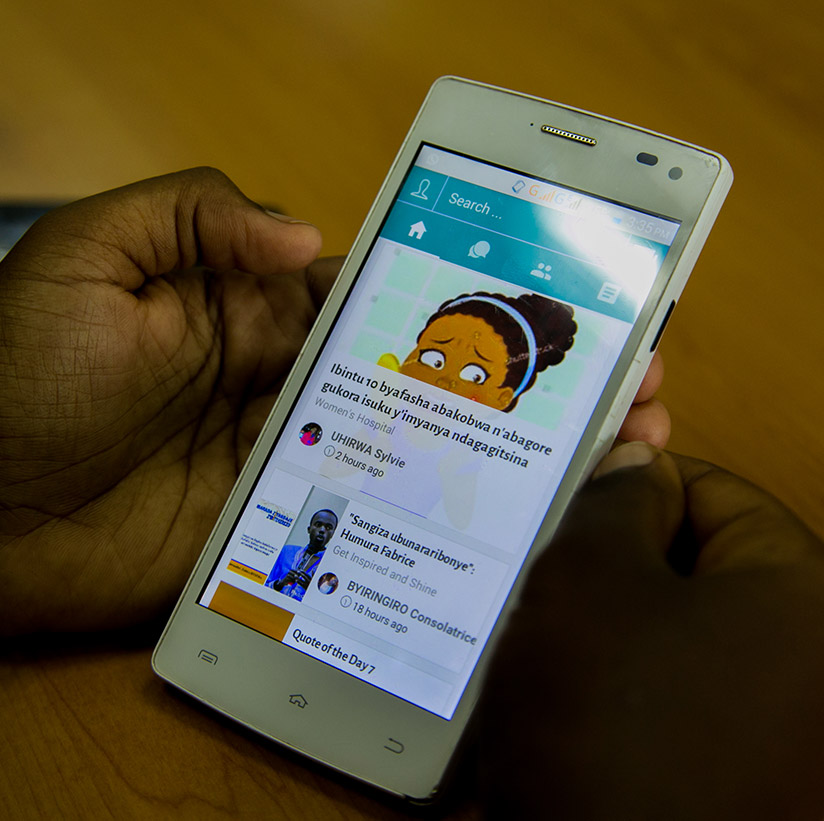 The University of Rwanda students created a Facebook page which is currently followed by over 5,000 people to share information about reproductive health.

Later on, Tantine project was validated to compete in young innovators projects about reproductive health which was organized by Makerere University and fortunately the project was pitched and funded.

In February, the project competed in iAaccelerator, a mentorship-driven acceleration programme which aims to explore new and engaging ways to tackle pressing sexual and reproductive health challenges, while promoting social entrepreneurship among young people. It was pitched among top four projects and walked away with a grant of $10,000, to help develop their ideas into workable products.

“We competed with 200 hundreds projects and our project was selected among the top ten and finally pitched among four top winners and awarded,” she said.

The grant helped the young innovators to think of how to develop their project to reach more beneficiaries.

“Due to the advancement of technology, we thought of how to come up with a new App to enable beneficiaries to access our services easily. That is the reason why we developed this application,” Uhirwa explained.

The new App was launched in August this year.

It has different parts from which beneficiaries get reliable information about reproductive health, provide ideas and comments as well as asking questions. 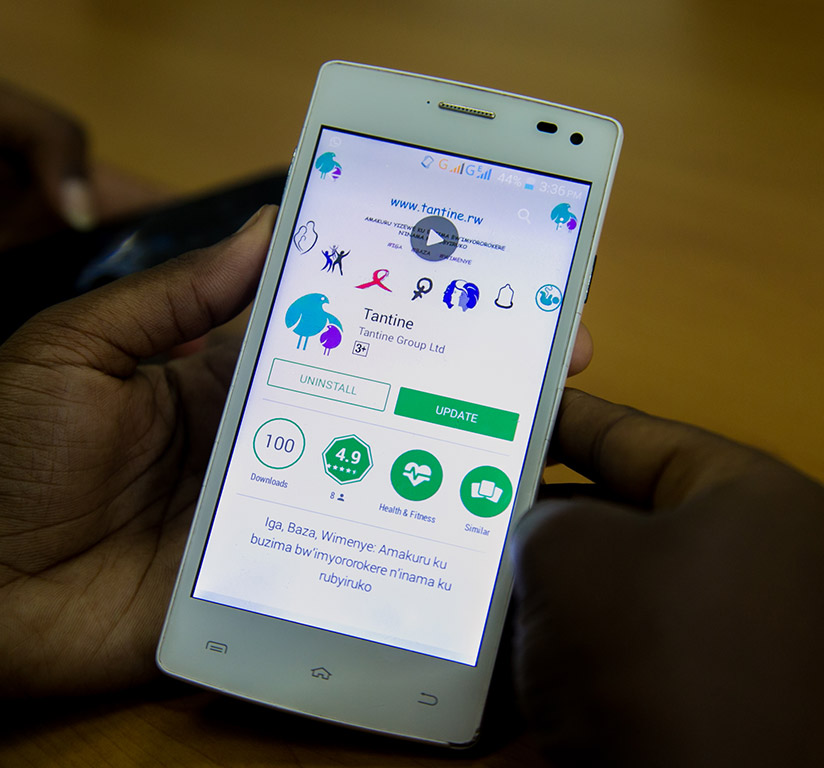 The Tantine App on the Google Play Store has far attracted a hundred users. / Faustin Niyigena

The developers plan to conduct campaigns in different schools on reproductive health.

The e-Health project also intends to integrate the use of Tantine website (www.tantine.rw) and its application in the University of Rwanda so that students can get reliable reproductive health information and services. They also plan to expand the project to other refugee camps in Rwanda and beyond.

“We shall appoint Tantine ambassadors in various schools who will be sharing Tantine’s products with their peers,”

In order to sustain and develop the project, the developers have welcomed two more members to ensure the sustainable and success.

Marie-Claire Umuhoza, another stakeholder in charge of marketing, said that reading culture is still a big challenge among teens.

“We provide important information but the problem is that young people are weak in reading,”Umuhoza said.

At the beginning, young innovators faced a challenge of confidentiality where beneficiaries could not believe what they were serving.

Another challenge is insufficient financial support to ensure the sustainability and promote the products to all beneficiaries countrywide.

The group does not work alone because they are partnering with some medics who advise them and inspire.

The young innovators call for support from the Ministry of Health and Ministry of Youth to promote the App by raising awareness among teens because the developers believe the move will contribute much to the health sector.