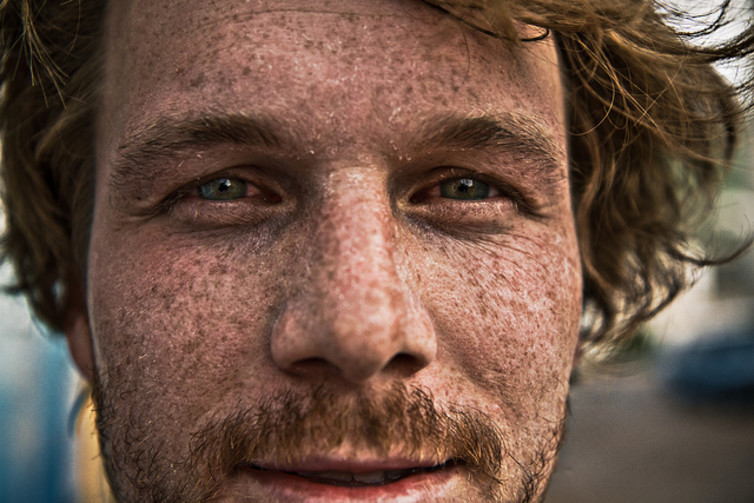 The earlier you find a cancerous mole, the easier the treatment and the better the outcomes. But it’s not easy distinguishing between harmless, benign moles and those that warrant further attention.

In recent decades, the incidence of skin cancer has increased in Australia. Two in three Australians will be diagnosed with skin cancer by the time they are 70 years old.

A number of characteristics are associated with an increased risk of melanoma, including:

High levels of sun exposure and history of sunburn also increase the risk of melanoma.

Advances in treatment over the past three decades have improved the chances of survival. The five-year survival rate has increased from 85.8% to 90.7%. The prognosis is better the earlier melanoma is diagnosed.

By regularly checking your own skin, you may notice moles that are changing as well as identify new moles. A study of more than 3,500 Queenslanders with melanoma found that almost half of the melanomas were detected by patients themselves and a fifth were found by partners.

The features of melanoma to look out for are often referred to as the ABCD rule:

Doctors and the wider population have used this rule for more than 25 years to identify suspicious moles. But with the increasing diagnosis of smaller melanomas and border irregularity being a feature of many benign moles, these features are not always good predictors of whether a mole is cancerous or not.

Using this rule, people without any professional health care experience were able to correctly identify 93% of melanoma images.

Not all melanomas follow these rules and some are very difficult to identify. In particular, a type of melanoma called nodular melanoma is a fast-growing, aggressive form of melanoma, which has poorer treatment outcomes and survival.

Researchers in Melbourne proposed the addition of “EFG” (elevated, firm and growing for more than a month) to the widely known ABCD rule, to improve early detection of nodular melanoma. These melanomas often begin as a red nodule. While their appearance can be mistaken for a pimple, they are much firmer to touch. This should prompt further investigation.

If you’re concerned about moles with any of these features, consult your GP, who can refer you to a dermatologist if warranted.

If you’re at high risk, based on the risk factors listed above, check your skin regularly. Have another person (partner, family member or GP) check hard-to-see areas such as the back, neck and scalp.

As awareness of melanoma has increased and consumers have taken a more active role in their own health care, the technological world has responded with new hardware to transform smartphones into diagnostic medical instruments and software designed to “autodiagnose” skin cancers.

Astute entrepreneurs have developed numerous mobile applications aimed not only at educating and calculating individual risk, but also enabling people to document, track and analyse their own moles.

But experts have raised questions about their accuracy. A recent study submitted images of 15 melanocytic lesions (five melanomas and ten benign moles) to five different mobile applications, to compare the risk grade allocated by each app (low, moderate or high risk for melanoma) with the clinical diagnosis.

While the technology is exciting and it can be tempting to engage in this new mode of health care, be wary, particularly about applications costing money. The accuracy of many of these apps is questionable and could give false reassurance and lead to delayed diagnosis.

Research is continuing into combining the use of mobile dermatoscopes, a device using a light source and magnifying lens that can be attached to a smartphone to examine the skin, along with specialist advice.

Using such a device, people can take images of their own moles and store them to monitor changes in moles over time, as well as send them to a dermatologist for diagnosis. This process is called teledermoscopy.

So far, studies suggest consumers are able to identify suspicious moles and take high-quality images that are adequate for a specialist diagnosis. But specialists are concerned that consumers may overlook moles that would have been worthwhile photographing.

Mobile dermatoscopes are likely to become a popular smartphone accessory in the future. Until then, the best we can do is regularly check our skin using the ABCD/AC and EFG rules, and show any suspicious mole to a GP or dermatologist.